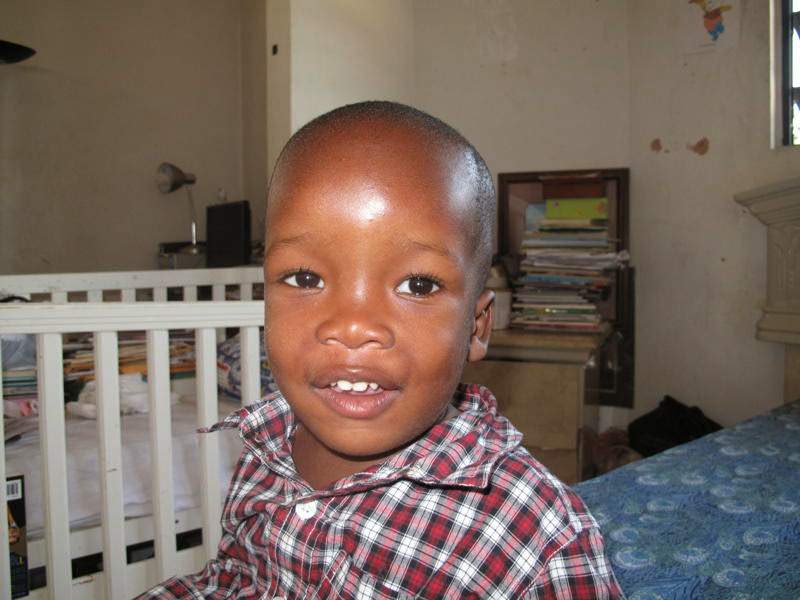 Three-year-old little Gardy sits on his father’s lap at church in Haiti. Happy. Content. Free.  His papa gives him a gentle hug, enjoying the loving bond between father and son. Sadly, it is only a memory now as Guesno reflects on his last moments with Gardy who disappeared right after church. A frantic search only confirms Guesno’s worst fears: Gardy is gone.

What do you do at a time like this? A million thoughts go through your mind at once.  Is he hiding or did someone take him? Who would do this?  Is he safe?  Is he scared? Where is he? How can I save him? Why Gardy? He’s too young; too innocent; too sweet.

Eventually, the painful truth becomes clear. Little Gardy was kidnapped and a ransom demanded. In his despair Gardy’s father turns to the FBI since Gardy was born in the United States and carries dual citizenship with Haiti. Unfortunately, the FBI investigation only brings partial comfort and not the hope for return of Guesno’s son.

It turns out the man allegedly responsible for the kidnapping is an employee of Guesno’s who runs an orphanage in Haiti. There are over 50,000 children in Haiti without parents, and the orphanage is always struggling to help as many children as possible. In what appeared to be a blessing, a generous donor provided materials to help improve the orphanage. The employee, seeing an increase in affluence believes Guesno has come into some money and begins to make a plan; kidnap Gardy and collect the ransom money.  But he can’t do it himself, so he turns to others who have experience in this loathsome  business.

The traffickers who take Gardy know they can make more money off him by either selling him or using him as a labor or sex slave and have no intention of returning him for ransom. And that is the heartbreaking truth. The now former employee is in jail, refusing to cooperate, while it is believed the traffickers are exploiting poor little Gardy for their own enjoyment.

The distraught father now looks for any way he can to find his son. If the FBI can’t do it, maybe a private military company can. But hope quickly turns to despair once again as Guesno learns of the $500,000.000 price tag. An impossible sum. Is there no help to be found?

Operation Underground Railroad’s Founder and CEO, Tim Ballard, became aware of Guesno’s plight through a mutual friend nearly one year ago. Operating strictly from donations, it doesn’t cost Guesno anything to have O.U.R.’s help. A blessing he can truly appreciate.

Through intense investigation O.U.R. traced little Gardy to an illegal orphanage in Port-au-Prince,  Haiti, where children are sold with no questions asked. Many are turned into labor or sex slaves. It was this illegal orphanage that O.U.R. went to in February and rescued 28 children, hoping that Gardy would be among them. Unfortunately, he was not. But that is not the end. New intelligence is leading the Jump Team to an area where they believe he may be and, in the continued search for Gardy, numerous other children are being rescued.

It’s difficult to find good sometimes when there is so much ugliness in this world, but Gardy’s father is finding comfort in the fact that in searching for his child many children are being rescued from traffickers.  Most are now in legal orphanages hoping to be adopted by loving families. But, even if they’re not adopted, their life in the orphanages is a blessing compared to the future that awaited them with the traffickers.

Three-year-old little Gardy is now seven. He is still missing, but he is not forgotten. We are looking for him and we believe we will find him and bring him home. One look in Guesno’s eyes tells you what we are doing means everything to him and, one day soon with God’s help, this nightmare for Gardy and his family will be over.