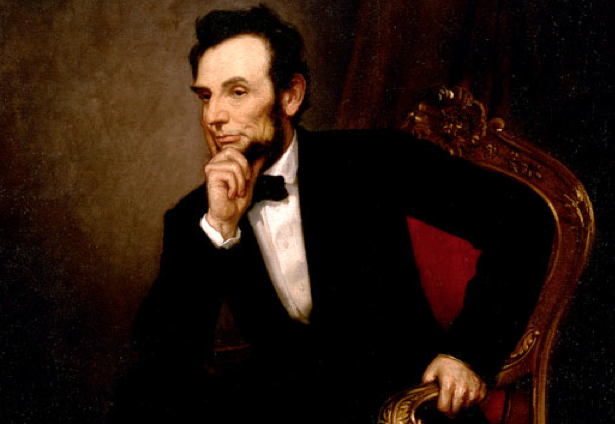 “This momentous decree came as a great beacon light of hope to millions of Negro slaves who had been seared in the flames of withering injustice. It came as a joyous daybreak to end the long night of their captivity,” he continued.

But even Reverend King recognized in his famous “I Have a Dream” speech that passing a law does not free men make. What became the 13th Amendment to the U.S. Constitution was ratified December 6, 1865, one hundred and fifty years ago this month, abolishing slavery once and for all in the United States of America.

Yet, today that fight for freedom continues, not only on the red hills of Georgia or the plains of Tennessee, but in the hidden corridors of India and on the back streets of Thailand and Colombia. Enslavement now wears multiple faces with varied descriptions and runs rampant not only in the United States but throughout the world.

Even with all our enlightenment, slavery is now more prominent than at any other time in the history of the world with an estimated 30 million enslaved. They are sex slaves, labor slaves, and child brides. Over two million children are being masqueraded as child prostitutes today. They are in all parts of the world and speak a variety of languages. You may see them and not even know it. When will it stop?

Creating laws to end slavery is only the beginning. Freedom for all will only become reality when it is firmly rooted in the hearts and minds of just men and women everywhere. As a result, freedom continues to be an elusive dream for many. Today, it is estimated that two million children are being trafficked as sex slaves; one hundred thousand of those are in the United States.

At Operation Underground Railroad, we are committed to “…proclaim liberty to the captives…,” Isaiah 61:1. We do this in a number of ways including identifying sex slaves and literally going in and rescuing them from their captors and ensuring the abusers are arrested by always working with law enforcement. And we risk our lives every time we do it, but we do it because we know it is the right thing to do.

We also work with other Non-Governmental Organizations (NGOs) in countries around the world to not only rescue the enslaved, but help them with recovery and education so they can stand on their own and avoid the victimization that they were put into in the first place.

We say to you, “Join us!” Join the fight and be the voice for so many children who have been silenced. Together we can eliminate this scourge on the earth. There are a number of things you can do. Go to our web site at OURrescue.org for ideas on ways to help. Start your own fundraising campaign, buy products from the O.U.R. store, educate others, or volunteer your time and talents.

We share Dr. King’s dream to be able to “…join hands and sing in the words of the old Negro spiritual: Free at last! Free at last!” With your help we are making that dream a reality for all.