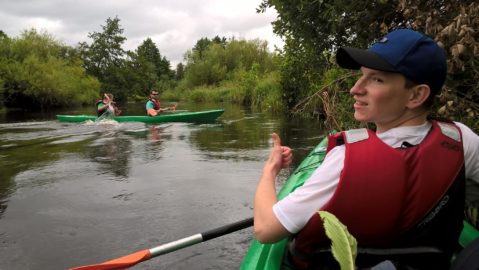 “Because I wasn’t studying, the scholarship couldn’t be used for my schooling and I felt bad keeping it to myself. So I decided to give it to a good cause. I remembered about O.U.R. and so I gave it to them.” – Noah

Operation Underground Railroad recently received a generous donation from a young medical student in Switzerland named Noah. He is in his second year of medical school and in his free time he likes to play the guitar and spend time outside – especially fishing and hiking.

Donating money is often a big sacrifice for a college student – but Noah was struck by Operation Underground Railroad’s mission. He first heard about O.U.R. when he saw Tim Ballard on Glenn Beck’s TheBlaze TV, and never forgot it. Noah said,

“I watched the short documentary and really thought that this was a good cause…I wanted to do something. I could be helpful at my small level. So I thought that donating a little money was the least I could do.”

Noah had received some money for his studies, but couldn’t use it for schooling last year during a free semester that he used to travel to Israel. Noah said,

“I felt bad keeping it to myself. So I decided to give it to a good cause. I remembered about O.U.R. and so I gave it to them.”

This Swiss student’s support for O.U.R. is unique because to his knowledge, his community is not very familiar with O.U.R.. Because we are based in Utah, we are grateful for those with international connections that are able to contribute their time and talents to spreading awareness of our cause. Noah said, “I guess the [Blaze] didn’t know they had anyone listening from Switzerland, well, now they do!”

Using your own talents to spread awareness about human trafficking is a great way to join the fight. Read about a man that restored a surfboard to raise money for O.U.R. here.