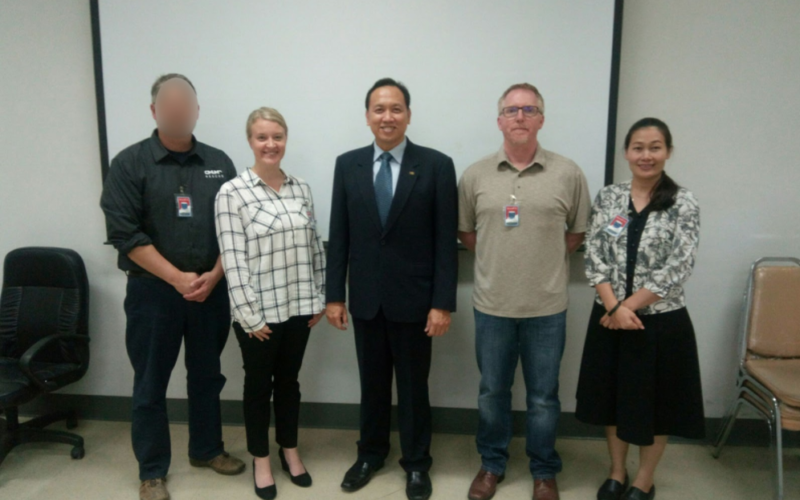 O.U.R. provided two weeks of simultaneous training at the Royal Police Cadet Academy and Department of Special Investigations (D.S.I.) in Thailand this past December.

The instructors were four current U.S. law enforcement officials from agencies in Washington State and Arkansas as well as the CEO and Founder of Sumuri, the COO of Sumuri, and a trainer from Magnet Forensics.

These men and women work hard to protect children around the world because western predators who travel to Thailand and other countries for sexual purposes are often the same offenders who return home and assault children in the United States. The hope is that by catching these pedophiles and child pornographers early, we may prevent a multitude of children from ever having to enter the darkness of sex trafficking.

Among those trained were law enforcement officers from the Royal Thai Police, Thailand Internet Crimes Against Children, Immigration, as well as four bureaus of D.S.I. and the Central Institute of Forensic Sciences. Also in attendance were members of Nightlight International Bangkok, The Mirror Foundation and Fight Against Child Exploitation, all of which are NGOs working in Thailand to fight sex trafficking and exploitation.

Our training team understands that child sex trafficking and exploitation are issues which know no borders. In order to fight the war against this evil, we need every city, state, and country collaborating to identify the perpetrators and their victims. O.U.R. is extremely grateful for our collaboration with law enforcement officers and forensics companies in the U.S. who have stepped up to train our international partners.

What if you were unintentionally a client of labor trafficking? Read the story about a woman who called for maid services to come clean her home. Click HERE.