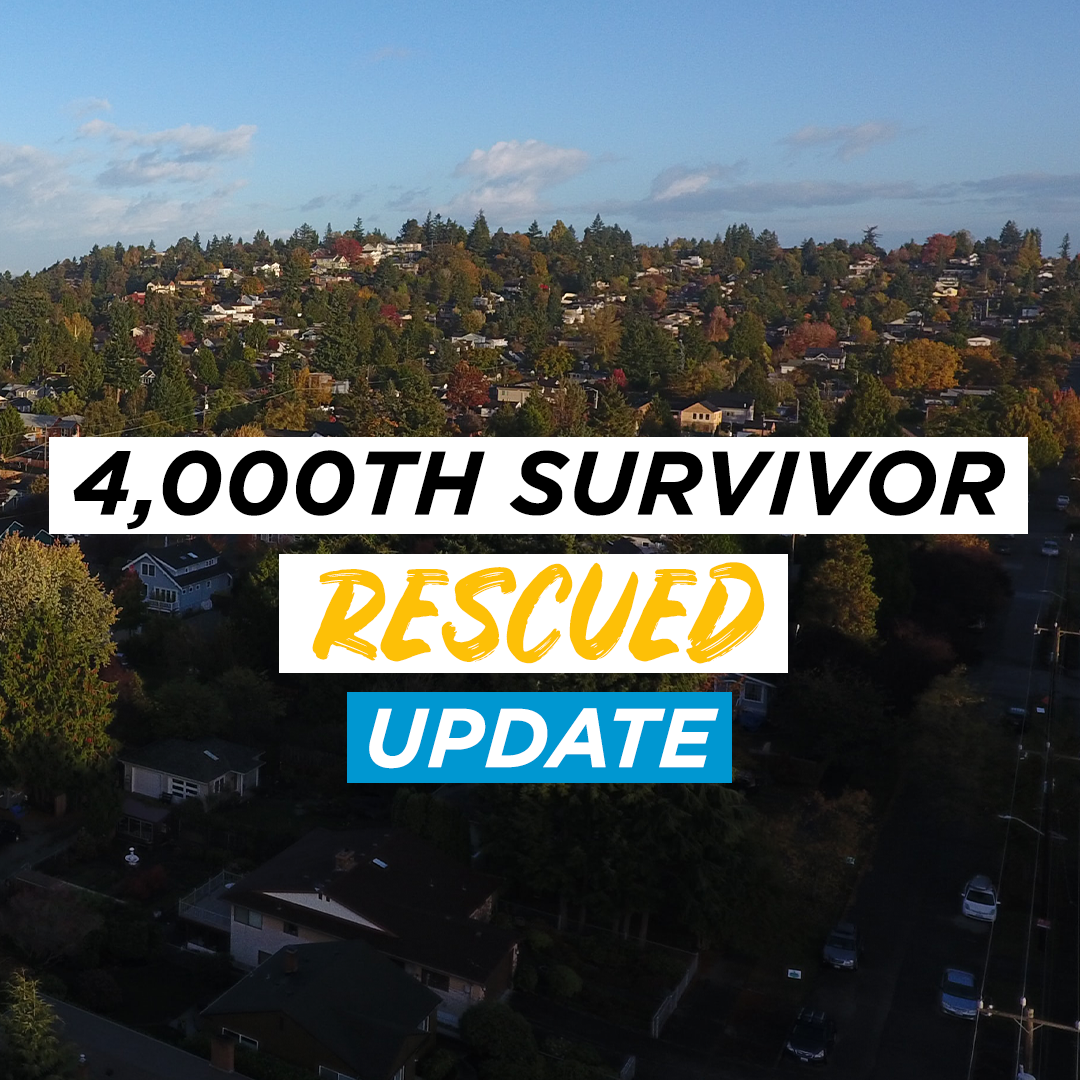 We recently announced the rescue of our 4,000th survivor. Each of these 4,000 survivors are real individuals with real hopes and dreams.

Here are stories of two operations that happened around the same time, one in Colombia and one in the United States. “Perla” was our 4,000th survivor rescued, and “Jackson” was rescued soon after.

“Perla”, an 11-year-old little girl, was rescued during Operation Pura Libertad in Colombia. She was one of many other children also rescued as the result of an investigation where O.U.R. Operators and Colombian Law Enforcement worked collaboratively for months to unearth a complex network of traffickers. As is often the case, many of the predators arrested were in positions of trust and authority such as a volleyball coach, an army soldier, and a pastor who was abusing and filming an 8-year-old girl who was a member of his congregation. The operation also exposed a webcam house where victims would be lured on Facebook and would show up to this location where they would be raped and filmed. Perla had been trafficked by family members, her stepfather and her sister’s boyfriend. Perla was at the complete mercy of those who should have protected her. O.U.R. provided intel, training, equipment and other resources which enabled our Colombian partners to find and rescue Perla and arrest her traffickers. She tested positive for COVID-19 and was quarantined before being placed in a nurturing aftercare facility supported by O.U.R. We are pleased to report that O.U.R. Aftercare is an active part in her ongoing recovery.

The other survivor, “Jackson,” is a shy grade school student in the United States. Jackson was one of 16 students whose identities came to light after a dedicated detective from a U.S. Police Department pursued an anonymous tip relating to the online solicitation of a minor child (male) by an adult male. This detective had received training and investigative resources from O.U.R. to build his capacities in online exploitation cases. This investigation identified the predator as a very popular school teacher in the community. When confronted by investigators, the teacher disclosed information about 16 previously unidentified victims. Jackson was one of these children. All victims were located and identified and are now receiving the aftercare services they need to heal from the damage inflicted by this sex offender who was in a significant position of trust. The offending teacher is now looking at a lengthy prison sentence.

O.U.R. is humbled by the work our dedicated partners are doing to save children around the world. Our model of support and empowerment has resulted in extraordinary successes. 4,000 is a wonderful number of rescues, but we will not stop until we can report not a single victim more.