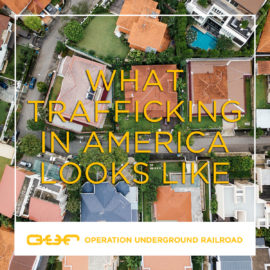 There is an idea out there that trafficking does not exist in America because we don’t see it or often meet survivors.

That is far from the truth.

Trafficking in America is too often overlooked. Although a lot of the trafficking trades have moved to online, it is not invisible. Below are some stories to illustrate what trafficking looks like in America and where it happens.

An American woman had been married to her husband for nineteen years when he forced her into sex trafficking. They were in a low-income situation and one day he told her that she needed to sell herself on the streets in order to pay their rent.

He was both physically and verbally abusive. He locked her out of the house and said she wasn’t allowed to come back until she made enough rent money from selling herself for sex.

It broke her heart. She didn’t understand why her husband was telling her to do this. She was confused why this man who said he loved her would force her to sell herself on the streets. Extremely heart-broken, she went to the streets.

When she had made enough money, she brought it back to him. He called her horrible names and told her to get back out there and make more. He said that she didn’t make enough. 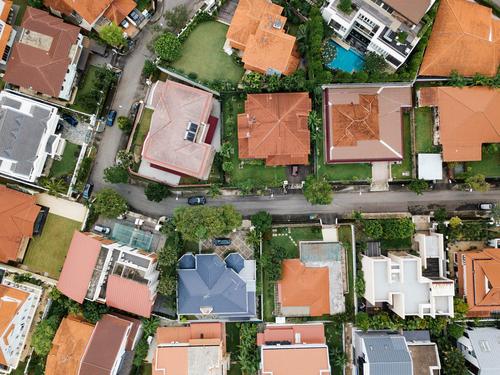 This woman lived in a very wealthy community. She was sexually abused as a child and felt that it was a part of life. So, she sold her 13-year-old daughter for money.

When she was asked why she sold her child, she explained that because she was sexually abused as a child, she just has to be okay with it.

This woman put up an add on Craigslist to sell her three teenage daughters aged thirteen, fourteen, and sixteen. She charged fifty dollars for one hour. Three men would come to the house, pay her fifty dollars, and rape her daughters while she left for the hour. She would then return after the hour was over.

The three daughters’ performance in school dropped significantly. Their self-confidence dropped and significantly changed from before.

The sixteen-year-old attempted suicide multiple times and upon further investigation, authorities found out what was going on in the home and the three girls were rescued.

Although sex trafficking can involve family members exploiting children, there are many other ways it can happen. Those who run away can be picked up by traffickers within 24-48 hours of being on the streets. The internet has also become a space for children to be bought and sold. The U.S. is estimated to host 37% of child pornography sites, putting us in the number two spot in the world. In addition to online exploitation, and estimated 10,000 children are being smuggled across the border to be exploited each year.

O.U.R. is extremely grateful for the dedicated men and women in law enforcement who brave the rigors of battling human trafficking and child exploitation every day in America and all over the world.

Sex trafficking is happening in our own backyards, but we have the power to stop it. We cannot give up hope.In addition to supporting local law enforcement, there are many ways for you to raise your voice in the fight against trafficking.

Educate yourself on the places, the signs, and how trafficking happens.

Put the National Human Trafficking Hotline number (888-373-7888) in your phone. Visit their website and read the resources and studies available for each individual state.

Spread awareness of this issue in your community to protect the children in it. Start a YOURrescue campaign to educate your friends and family. Learn from what others have done.

As we join together in this fight, we can end human trafficking and rescue more children.

For further information on this subject, read 3 Tech Setting You Need to Protect Your Kids Online.