O.U.R Stories
Operations
“You end up carrying thousands of faces every night,” an O.U.R. Operator shares, as he recounts a story that has stuck with him for years
1 MIN
Operations

The following is a first-hand account of an experience that has stuck in the mind of one of our O.U.R. operators ever since it happened, before he worked with O.U.R.. It has been recounted from his perspective and gives insight into the minds and hearts of individuals who are confronted with the darkness of human trafficking every day, yet still choose to move forward.

So, two children turned up on a border in Southeast Asia, two brothers, a 15-year-old and an 11-year-old. The local police raced to the border and collected them because it was very important to work out how they managed to get across the border. After the initial interviews, it turns out that they were 2 of 20 that managed to get out of their situation. They had no idea where the rest of the group was. The embassy of a neighboring country had approached the local police and the organization I was with (before O.U.R.) to see if we could find the rest of them. They wanted to provide them protection and asylum.

We immediately crossed the border of the neighboring country and started to track. We got a few words here about some potential leads. We spent a few more days trekking the border, but then things went cold. We stopped and crossed into a third country, a neighboring country, and it was my first time in that particular country. There were two of us, myself and my partner. It was a small town, and we decided to see what we could find, looking for anyone and anything that may lead us to the rest of the group. It was a really small town. There wasn’t a sealed road, they were all dirt roads, maybe one marketplace, and it was all very rural. We split up and decided to meet back at a specific point later in the afternoon.

I went to the market, met a taxi driver there, and he took me to a massage parlor. At that point the mission had almost changed because this guy had started promising me things that we weren’t even looking for. We went to the massage parlor, stopped at the front, and looked in and there was a young, local girl. She asked me, “Do you want a foot massage?” I said, “Okay, fine,” so right there in the front of the store she gave me a foot massage. Your standard, typical, tourist foot massage. After the massage, I paid my money at the counter. She then asked me, “Do you want something else?” and I replied, “Like what?”, and she said, “Come with me.”

So we walked out the back of the massage shop, we walked down a set of stairs, and then across a field to a neighboring house. We went into the house, and there was a kitchen area with a young girl, maybe 15. There was a room down a corridor, and with a bolt door lock and a little padlock on it. This is about 3 pm in the afternoon. The girl opens the padlock, it’s a really small one, like a locker padlock. She unlocked it, opened the door and it was pitch black inside. The light from the corridor filled the room. There was a mattress lying on the wall, a mattress on the floor, and three girls were sitting in the dark.

My first thought was, The girl in the kitchen, maybe she’s a victim, maybe not. The car is parked out the front. I can use the taxi driver’s car. There’s an immigration office just down 500 meters away that could be involved, maybe they’re not, could I trust them? Across the road, what was across the road? There was a shop across the road, was anyone there, a shopkeeper. Where can I take them. Across the border. The officials nearby... I was looking for any opportunity that I had to potentially help these girls. I was in a foreign country, and we weren’t working per se, so we had no support.

So I turned around. I looked at the girl, and I said “No, that’s fine,” and she closed the door. She closed the door on those girls and there was nothing I could do about it. I had to walk out of there. 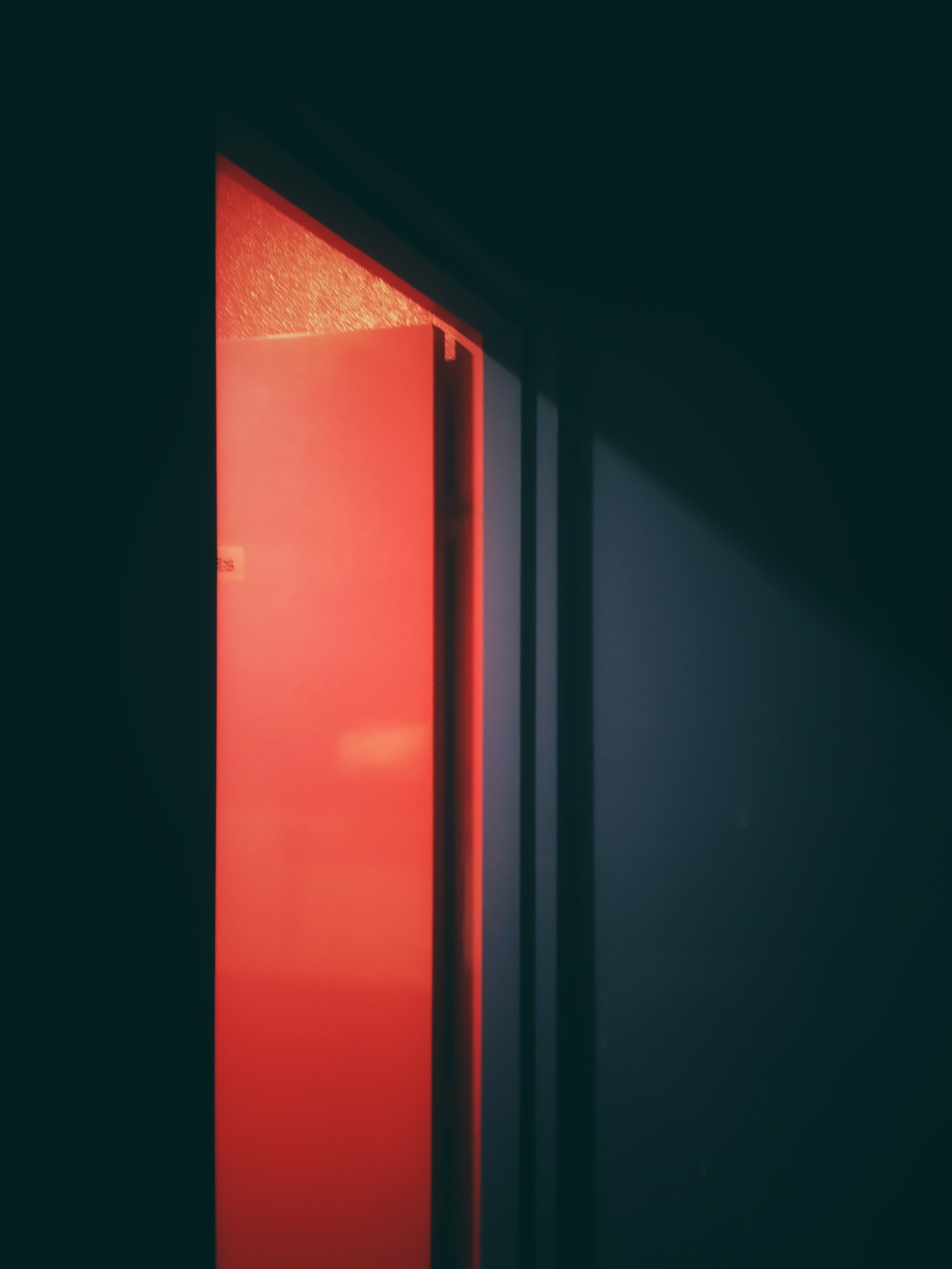 I walked down to where the immigration officials were and I just stared at them for a bit. It’s likely they knew what was going on down there. So I walked up one of the main roads, it was a dirt road, and a shop attendant caught my eye, he was holding a sign that said “Free beer tomorrow.” He seemed like a nice guy with a big smile, so I went over there and said “How about a beer? I’m happy to pay for it today. I don’t want to wait for tomorrow.” I sat there and opened up a beer. I was totally numb to what I just witnessed. Almost in a daze, knowing those girls are locked behind the door, held there by nothing more than a tiny little padlock.

The shopkeeper had this little daughter who came out of the backroom, she was probably two and a half. She had a ping pong ball and she threw it at me. As the ping pong ball hit me she burst out in the most incredible laugh, like I’ve never heard before in my life. I turned around, threw the ball back at her, and she threw it back and we played ball. It was the only thing to temporarily distract my mind from the horror I just saw.

My buddy called me, and I don’t even know what he was saying. I was so broken at that moment. I can’t even tell you what he was talking about. He said “I've got this thing, I've got a lead,” and I just said. “I’m sorry man, I’m out. I’m done.” I didn’t even need to explain it. He just knew. He came down, and I met up with him about 15 minutes later. We passed through immigration. Jumped on the boat and crossed the river back to the country. We got back to the city and asked for police contacts. Sadly, at the time this particular country was under a political regime not conducive to any form of cooperation. And that was it.

I’ve always carried that mental picture with me. It wasn’t the first time I’d seen a lock up, and it certainly wasn’t my last, but that one has just stuck with me because I was totally helpless. There was nothing we could do unless I literally went rogue, but even if I did, what could I do? Where could I take them? We didn’t have any resources there, no aftercare, no official support - there was nothing.

In this line of work you end up carrying thousands of faces every night. Sometimes you might be doing something around the house and you might think of someone and have a moment of, Ah that’s right. I remember him. Or I remember her.

Since coming aboard with O.U.R., it’s the first time I've seen an organization that had the people with the right motivations and the right skillsets to be able to do the job. We have an incredible team, the most phenomenal people I’ve ever known - ever. They give without the thought of reward, totally selfless. I think that in itself, is motivation for me. It’s not that I’m not affected, I still am affected, I’ve become a lot more resilient obviously. Those faces that I carry, they don’t haunt me, they are not a burden...They are my motivation to continue.