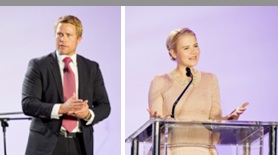 For the entire schedule or to register please click here. The conference runs from October 27-30, 2015

There are break-out sessions on a wide variety of issues related to life, marriage and family — ¬including sex trafficking, abortion and adoption, pornography, sexual exploitation, ethics and morality, economic costs of family breakdown, Hollywood values vs. family values, euthanasia, bioethics, and numerous others.