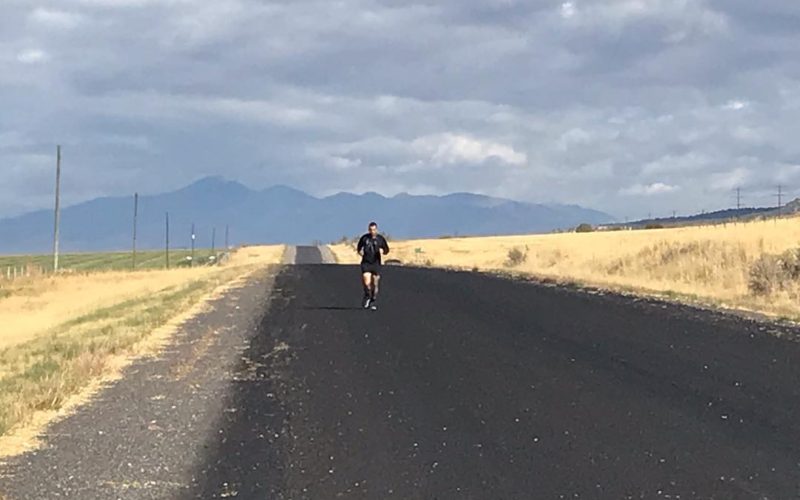 Tommy Green is running 426 miles across the state of Utah during the month of October to raise awareness and funds for organizations fighting human trafficking, including Operation Underground Railroad.

Tommy is a former Christian metal singer from the band Sleeping Giants. After helping a young girl escape from trafficking in France in 2015, he and his wife, Krissi, decided to start a nonprofit, Run Against Traffic. Tommy decided that he would “suffer a little” in running across the state of Utah to raise awareness for those who suffer a lot.

Tommy said, “I want to open up people’s hearts….I didn’t know it was real like this until it invaded my world.”

The young teen who they helped rescue was so badly abused that she passed away the year after she was rescued.

“The rescue of victims is absolutely essential. After they are taken out of harm’s way however, the gap in complete care and treatment long term is immense,” Tommy and Krissi shared.

“If people don’t pay attention and care, these kids are going to be lost,” Tommy said.

The run across Utah consists of fourteen days of a marathon or more a day. The end goal is to utilize the transformation of running through community races to help raise more funds and awareness.

This week, Tommy was joined by his whole family on a run. He was also joined by Brian “Head” Welsh, former member of the rock group Korn who was recently converted to Christianity.

We’re so grateful for Tommy, Krissi and others like them who are thinking outside of the box about how to join the fight against trafficking and how to invite communities around the world to join as well. We can all do something, and Tommy and Krissi are creating a place where people can run for a cause they believe in.

Do you want to create a YOURrescue campaign for your community? Visit yourrescue.org to start today.