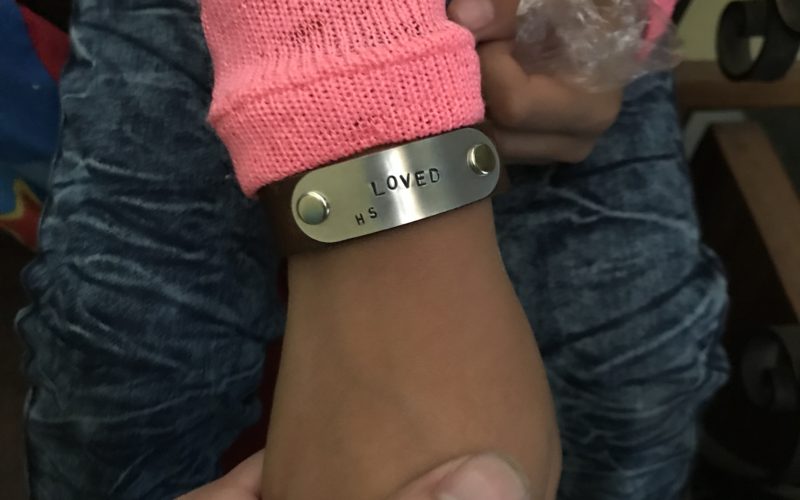 The O.U.R. Aftercare team was recently at one of the aftercare homes we partner with. While they were there, they met an amazing new teenage girl who they hadn’t met yet. She wanted to take them on a tour of the aftercare home because she was so proud of the education and vocational training class she was receiving.

O.U.R.’s Aftercare team was very impressed with their tour guide, Lacey* (name changed). She was very confident, brave, and thorough in explaining everything about the home. She was excited to show them around, describe rules, and explain activities.

Lacey comes from a very poor area in Latin America. In her area, like many other areas, traffickers pose as reliable employers and recruiters. These traffickers offer jobs to young kids, not only deceiving them, but their parents also. Many families are in need of extra money in these areas so they see the job offer as a blessing. Lacey, when offered one of these “jobs,” accepted.

She was taken to the capitol city, where she was forced to put on makeup to look like a clown and dance in the streets for money. This humiliating job elicited extreme reactions from bystanders. Everyday, people would laugh at Lacey because she was dressed like a clown. They would often throw things at her or try to run her over. The times people did give her money she was forced to give it all to her trafficker and told she had to make a certain amount before returning each day. Lacey was only 13 years old.

Six months passed before someone reported that Lacey looked underage. She was finally rescued and placed in an aftercare home. At first, she did not have a lot of confidence as she started dealing with the trauma she had been through.

With wonderful and caring aftercare staff by her side, Lacey has flourished on her path to healing. O.U.R. believes in speaking love and life into each individual survivor. After the tour with Lacey, our Aftercare team gave her a Hero Band that says “Overcome,” representing how much she had grown. Lacey gives tours to new children when coming into care at the aftercare home, and speaks her truth that they have a future full of hope!

Check out our new holiday items for your family, friends, neighbors and loved ones. It’s an easy way to share the message of O.U.R., while spreading holiday cheer!