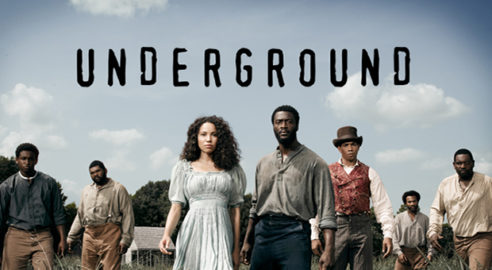 ATTN: is a media-based company, bringing us daily content on topics that matter. Such as the need to end modern-day slavery.

They interviewed Tim Ballard on the similarities O.U.R. has to the original Underground Railroad beyond the name.

“Human Trafficking is a $150 Billion industry worldwide.  That’s enough money to buy the entire Starbucks franchise, every team in the NBA, and still have enough to send every kid in the U.S. to college.” – ATTN:

Check out a list of today’s influential leaders who have joined us in the fight.

The video also highlights clips from WGN America’s TV series “Underground” which follows a group of slaves who plan their escape from a Georgia plantation in the 1850s.

Harriet Tubman, the notorious slave stealer, and her comrades made history in their day.

Join the Abolitionists of yesterday and today.

Did you know that 40% of our operation costs are covered by our recurring Abolitionist donors? For just $5/mo you can help us rescue more children.

Back
Comments
(0)
Add A Comment
Comment submitted to moderator for approval.
Sorry, we've encountered an error, please try again later or contact support.
In the News, O.U.R. in the U.S.