O.U.R Stories
Uncategorized
Remarks from Senator Orrin Hatch at a Pre-Screening of "The Abolitionists"
3 MIN
Uncategorized 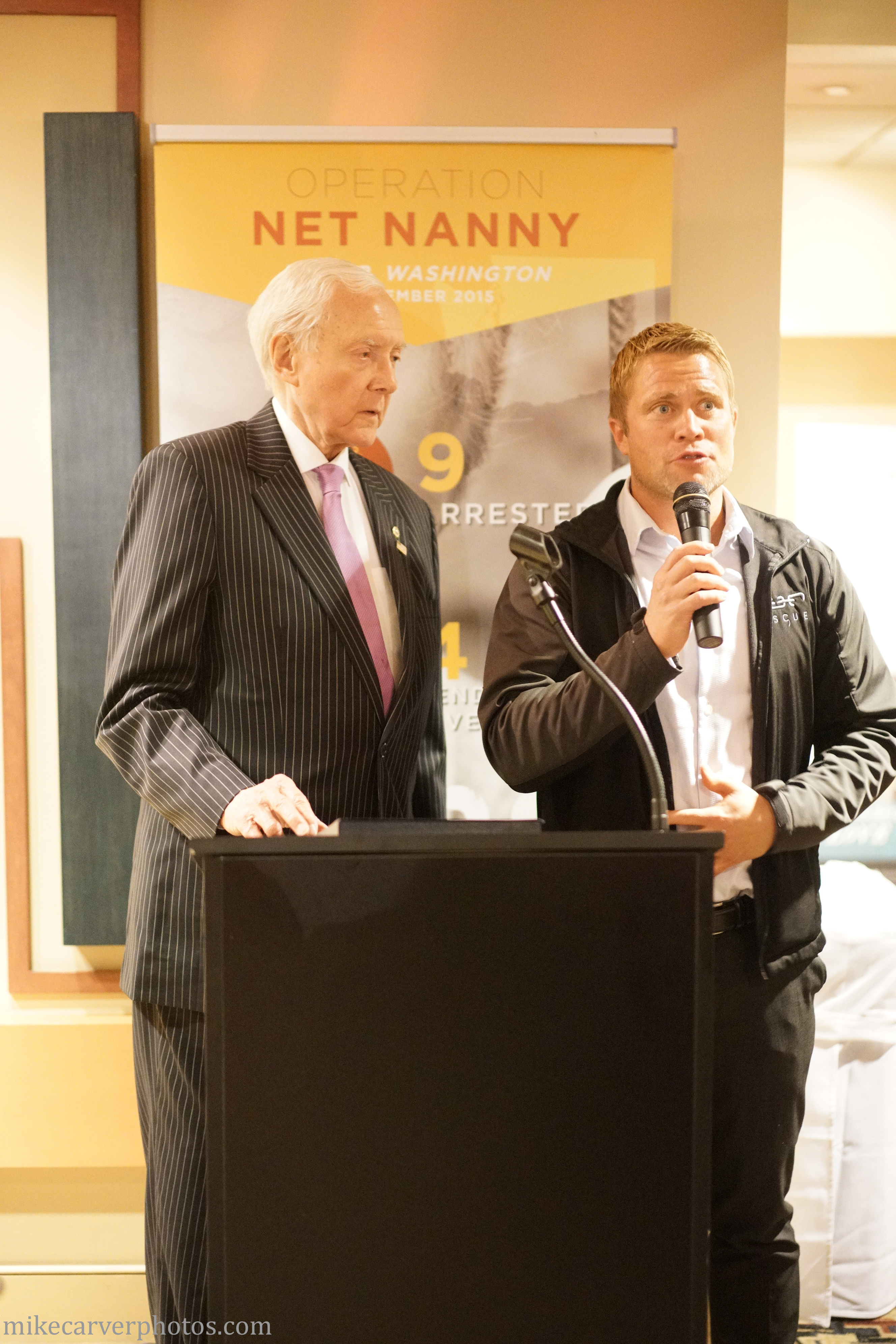 Today is the day! The Abolitionists documentary is set to hit over 500 theaters across the country this evening. We hope you have your ticket!

The below remarks were given by Senator Orrin Hatch at a pre-screening of The Abolitionists on May 11, 2016 in Washington DC. Enjoy!

It’s truly a privilege for me to be here. We live in a country of unparalleled opportunity. The Constitution grants us access to the blessings of liberty and equality—fundamental freedoms that are the birthright of every American citizen. To deny any person these basic rights would seem almost unthinkable today, so to consider that—even as I speak—there are thousands of individuals living as slaves in our country would seem even more unthinkable.

In the United States, right now, there are thousands of human beings living as slaves—men, women, and children stolen from their homes, stripped of their God-given rights, and robbed of their human dignity. What is even more unbelievable, these individuals live among us. They live in our neighborhoods and our suburbs, our biggest cities and our smallest towns. They live in a world of silence, hopelessness, and unspeakable suffering.

These individuals of whom I speak are the victims of human trafficking—a heinous and abominable crime that we should call by its real name: modern-day slavery. The State Department estimates that up to 17,500 human beings are trafficked to the US every year. The majority of these individuals are women and children. Most of them are forced into sex work.

The problem is even more egregious beyond our borders. Worldwide, the International Labor Organization estimates that 4.5 million people are currently enslaved in sex trafficking. These numbers are staggering, but they merely illustrate the scope of the problem. And the suffering of each individual victim should not be lost in a sea of statistics. For victims of human trafficking, the surreal horror of their lives bears testament to the gravity of the crime.

Tonight, we will hear their stories. We will bear witness to their suffering and see firsthand the tragedy of their lives. We will also meet their saviors—the men and women who are fighting to free these children from the chains of modern-day slavery—the abolitionists of our time.

Many of these heroes are with us tonight, including my dear friend Tim Ballard, the Founder and CEO of Operation Underground Railroad. O.U.R. is a powerful force for good in the fight against child sex trafficking. Across the world, the organization has liberated hundreds of children from the hell they were lured into by evil and designing men. As you will see, Tim is at the forefront of O.U.R.’s mission, leading sting operations in countries and continents across the globe. He is a hero in every sense of the word. On behalf of all gathered here tonight, I wish to thank Tim for his courage, his service, and his sacrifice.

I also wish to recognize the Academy Award-winning producer Gerald Molen, who is also with us tonight. Jerry, thank you for using your penchant for storytelling to tell a story that desperately needs telling. Likewise, I wish to thank all in attendance who made this screening a reality. Though not all of us can fight on the front lines in the war against child slavery, all of us can contribute in our own individual ways. Just by being present tonight, you are all helping the cause.

The film we are about to watch will stir feelings in each of us. Indeed, it will move us. But it is not enough to be moved. We must be committed to action. We must leave here tonight doubly devoted to combatting the evils of human trafficking. All of us can help in this effort. I urge you to join us in the fight against modern-day slavery.

Back
Comments
(3)
Vaughn and Lynda Robison (Utah and Kansas)
2016-05-16 20:57:55
Just got home after watching the movie "The Abolitionists" - heart wrenching. We talked to the night manager, and asked her to pass on our comments (there were 6 of us) to the general manager--this movie needs to be shown in more theaters and for a longer period of time than just one night. We told her it needs to go viral, with the press showing up to watch it and to talk about it. We counted 96 people who entered the theater before it went totally dark, and after it was over, the entire audience spontaneously began clapping. "Ok, let's all go find Gardy!!" One of our 6 people was from Colombia (the others were from Puerto Rico and Venezuela, with us being from USA), and her daughter watched this movie with her friends in Washington DC tonight, where she's attending college (she knows 5 languages), and has already been a rescuer with other organizations in trying to stop child trafficking. She, the daughter, told us people make fun of her for doing it, but she doesn't care, she wants it to stop, and wants to save the children. The 6 of us all want it to stop, and we want to do what we can to save all of them.
Reply
Reply to Vaughn and Lynda Robison (Utah and Kansas):
Comment submitted to moderator for approval.
Sorry, we've encountered an error, please try again later or contact support.
Mary Patterson
2016-05-18 16:47:52
I agree with the above comments - it's 2 days later after watching The Abolitionist Movie and it's one of those nagging movies that directs me as a person to get involved with Tim Ballards organization. Many human trafficking groups are great at disseminating information to create awareness. Tim and groups that are doing frontline in the trenches fight against human trafficking are to be applauded. Putting their own lives in danger to save others while eliminating as much bureaucracy to make it as stream line as possible as quick as possible. I am working with the system currently in Michigan trying to get a child trafficker arrested while dealing with death threats. Tim Ballard is my inspiration in keeping positive knowing its in Gods hand during this time period.
Reply
Reply to Mary Patterson:
Comment submitted to moderator for approval.
Sorry, we've encountered an error, please try again later or contact support.
Sonja M. mejia
2016-05-20 16:31:33
Zoe Zoes Cafe is a mobile outreach with a two sided coin. One we reach those in the performing arts to get more involved. Two we pray. We pray online on facebook Http:// facebook.com/zoezoescafefreedomtour We pray in the streets where ever we go to festival and events We encourage Churches to begin to get involved by seeking zgod in prayer as to how they can help in their communities and cities for the cause. Right now the biggest concern of unwanted children insex trafficking is homeless LGBT children. They need unconditional love and serious healing with kid gloves. I have been reading up on where are the cracks. What is being said or not said and what is the legal justice systems involvement and schools especially for my city Savannah Ga. I spend my waking days telling everyone I meet just in case they have something to offer to help get involved. I also pray for divine appointments. Ive bumped into the mayor, the state district attorney and the representative for Georgia in legislation and a candidate running for the school board just in one week. Please start social media pages of networking cities and even connecting cities. We need to let the people know what is out there for help in their city and what isnt. We will stop this! In Jesus Name! Its the God Movement and He has called all of us too!
Reply
Reply to Sonja M. mejia:
Comment submitted to moderator for approval.
Sorry, we've encountered an error, please try again later or contact support.
Add A Comment
Comment submitted to moderator for approval.
Sorry, we've encountered an error, please try again later or contact support.
Uncategorized