O.U.R Stories
In the News
Protecting Our Children from Sex Trafficking
4 MIN
In the News 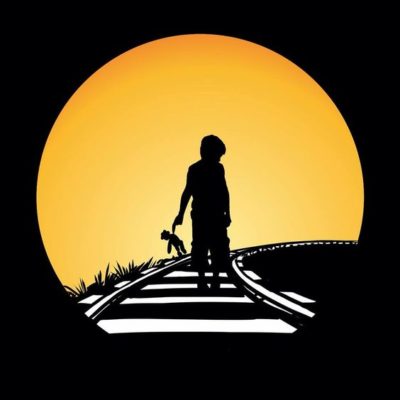 Being a parent is arguably the most joyful experience in the world, but it can also be the most terrifying. It seems we have to always be on our toes, fighting for the balance between safety, and living without fear. With so much media focus and growing awareness of sex trafficking, we find ourselves in positions of both worry and confusion. Can this happen in my state? In my city? Could my child be at risk? While the answers can be overwhelming, we can feel security and empowerment when we are armed with accurate information. Understanding what we can do to protect our children is critical to not only our children’s safety, but our sanity and peace of mind as parents. But first, we have to understand what it is.

WHAT IS SEX TRAFFICKING?

Though hardly new, sex trafficking is a growing criminal industry. There are an estimated 3 million human trafficked slaves in the world today, and most of them are victims of sex trafficking specifically. It is often mistakenly believed to be something that only occurs in developing countries, and only across country boarders. In fact, sex trafficking can and does occur within developed countries, such as the United States, and within our very cities of residence. Victims range from all demographics. The actual definition of sex trafficking is any person engaged in a commercial sex act as a result of force, fraud, or coercion, OR a minor involved in commercial sex behavior. In the case of the latter, consent is irrelevant; a minor is always a victim of sex trafficking. It is important to understand that there is no such thing as child prostitution. It is always a crime against the child.

In the United States, there are high risks groups. Runaways, immigrants, refugees, children in foster care, and those suffering from drug addictions are targets for traffickers. But the reality is that it can happen to anyone. It is not unheard of for sex trafficking busts to include the rescue of children from affluent homes, in “safe” neighborhoods, who return home at night and go to school each day.

WHERE DOES IT HAPPEN?

Popular areas for traffickers to target minors include playgrounds, malls, walking to and from school, bus stops, and truck stops/gas stations. The internet is a very popular place for minors to be targeted and deceived. Social media in particular poses many threats. Places where victims of trafficking are likely to be spotted are hotels, bars, truck stops, busses, the streets, popular political or sporting events, escort services, and even “front businesses” such as some massage parlors and nail salons.

HOW DOES IT HAPPEN?

Kidnapping and force do happen in the United States, but those tactics are far less common than other methods used for trafficking. Only about 5% of victims are physically kidnapped and restrained, the majority are recruited by someone they know and trust or by new “friends or “boyfriends.” Blackmail, threats to families, drug dependency, and manipulation are common tactics used by traffickers. A trafficker often has what is called a “bottom,” who works to recruit young people by means of deception. They may pose as a mentor and friend or an older boyfriend. Depending on the situation of the individual being targeted, they may be blackmailed with embarrassing photos, they may be threatened to be reported to the police if their family is undocumented citizens, they may be coerced to engage in commercial sex for drugs based on a developing dependency and addiction, or they may be told their parents will be harmed if they do not do as they are told. There are phases that a person is put through as they are trafficked. They are first recruited, then groomed, then seasoned. There are key signs that a person has been targeted and is at various stages of being trafficked, and knowing what to watch for can make all the difference in identifying someone being victimized.

WHAT DO I WATCH FOR?

Ask your children questions about their relationships. Talk to them about predators, sex trafficking, drugs, and sex. Research these topics together and discuss them often. Monitor their online presence and interactions. Teach them to never meet up with someone they met online. Know their friends. If you believe someone you know and love is being targeted or currently being sex trafficked, reach out to your local police, or call the national human trafficking hotline: 1-888-373-7888.