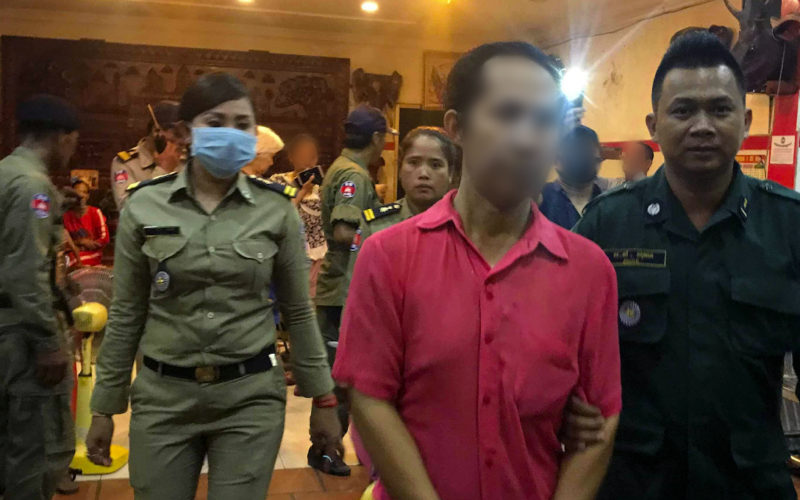 On March 19th, Kandal Police and AIM SWAT raided a brothel in Kandal Province which led to the rescue of six trafficking victims and the arrest of one suspect.

The raid was authorized thanks to a successful investigation which began a few weeks earlier when our team was contacted by a partner NGO about a 15-year-old girl they had been caring for. She shared that she was trafficked to the brothel at age 14 where she was forced to take illegal drugs and have sex with customers under threat of violence.

During the raid, officers rescued a 16-year-old girl and two young adult women along with two 10-year-old children and an 18-month-old baby. The children aren’t related to the brothel owner or anyone that was on the premise, and none of them remember their families or had any documentation that could identify them. It’s suspected that the two older children were bought by the brothel owner from traffickers or poor families and used as domestic slaves, while the owner claims the baby was left by a former sex worker.

The search of the brothel was successful in seizing evidence of sex trafficking and drug use. In interviews with the survivors, they shared how they were regularly subjected to violence and forced confinement in the brothel and that the owner sold them for sex to his full profit. He was arrested and awaits his trial from prison for child sex trafficking-related offenses.

The 16-year-old is being cared for and counseled at AIM Restoration Home, and the two women have been transferred to our Transitional Home. Our Emergency Family Care home in Svay Pak is looking after the three young children. Our AIM SWAT Team will represent all the victims in this case throughout the coming court processes.

We are proud to support the good work of our partners at AIM.
Read: Siem Reap Brothel/Massage Parlor Officially CLOSED