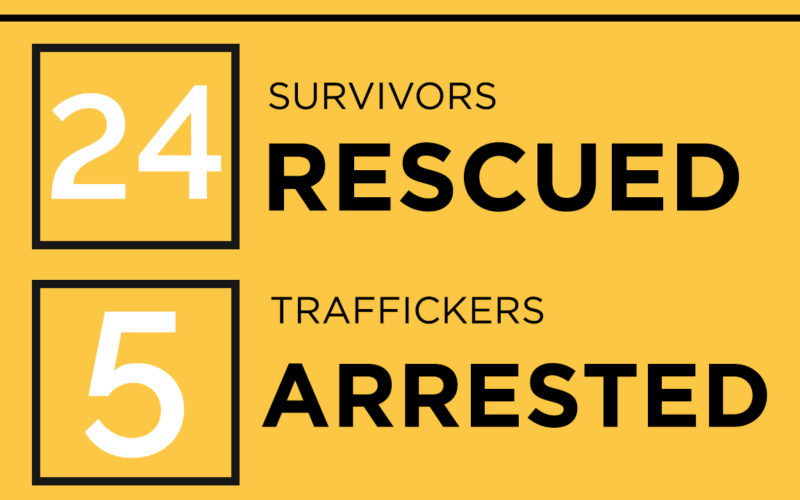 We are thrilled to report that this rescue was made possible because of an anonymous tip that was phoned into the O.U.R. anti-human trafficking hotline set up earlier this year in Haiti. The caller claimed to have information about Haitian children being trafficked from Port-au-Prince to the Dominican Republic.

O.U.R.’s Haiti Task Force provided this information to Dominican authorities, leading to the initial rescue of five Haitian children between the ages of 4 and 14. These 5 children told authorities that they were part of a group of 23 total children who were being moved between Haiti and the Dominican Republic. Dominican officials were able to locate the rest of the children and also rescued a 24th victim from Haiti.

We are grateful to the church pastors on both sides of the border who worked with Haitian and Dominican law enforcement and NGO’s to return most of the children to their relieved parents. The 5 children who were unable to be reunited with their parents are currently in a shelter receiving aftercare. The O.U.R. Haiti Task Force is working with the Justice ministries in both countries to deliver additional arrest warrants to target the larger trafficking network.

Thank you so much for your continued donations that make these stories of good news possible!

In January 2018, Operation Toussaint resulted in the arrest of the #1 wanted trafficker in Haiti. Read the story HERE.