O.U.R Stories
Operations
Operation Casting Call: With the support of O.U.R. half a million files of Child Sexual Abuse Material (CSAM) were seized from one of Thailand’s best-known modeling agencies
2 MIN
Operations 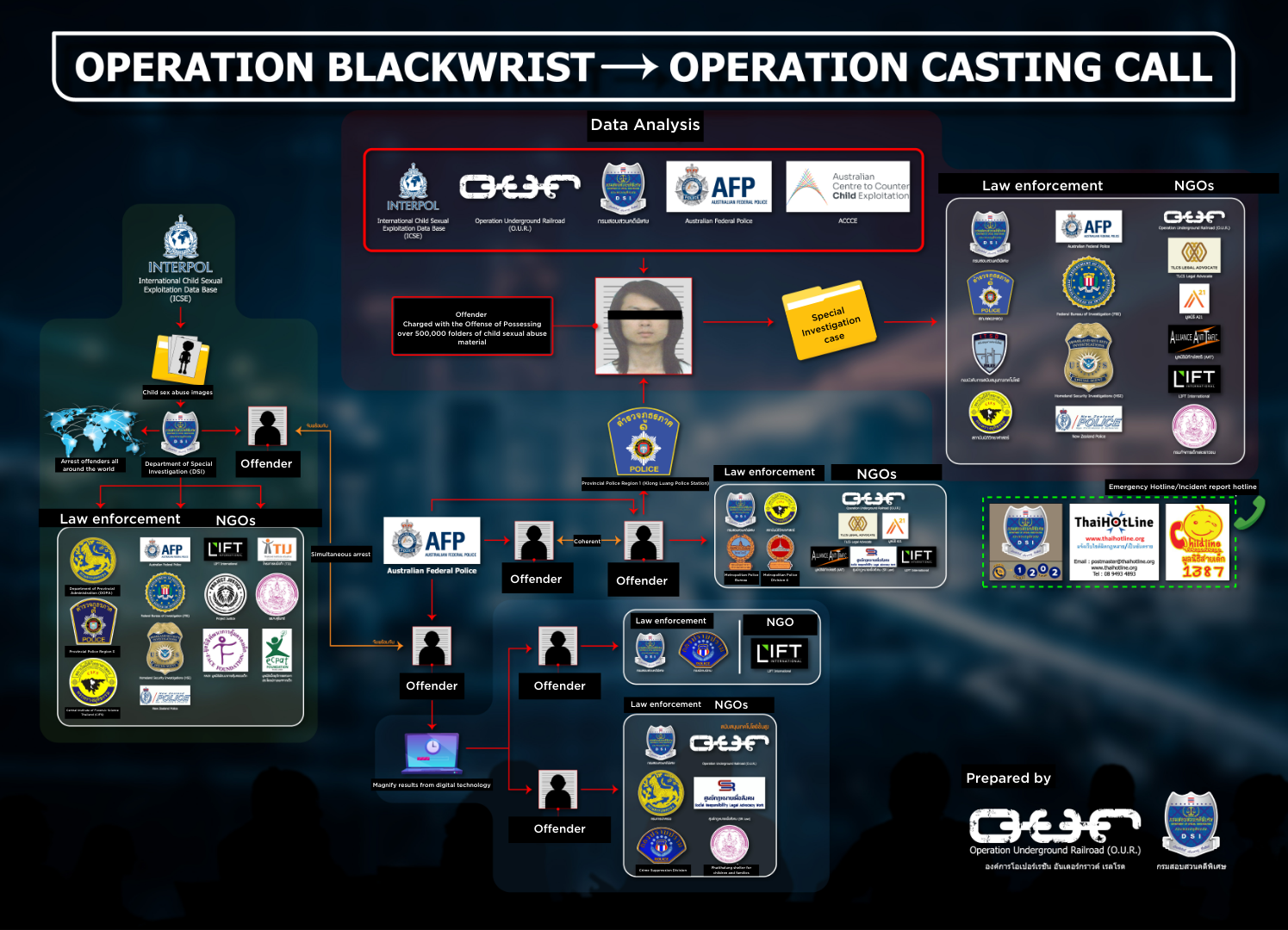 What started as a single photo of a minor provided by the Australian Federal Police, lead to one of the largest seizures of child sexual abuse material (CSAM) that O.U.R. has seen in Thailand. With the support of multiple police forces across the globe, a multi-agency human trafficking and child exploitation criminal investigation began, finding one of Thailand’s best-known child modeling agencies to be a major producer and distributor of child sexual abuse material (CSAM).

With the support of the O.U.R. Ops Team, Thailand’s Department of Special Investigation (DSI) seized about a half a million files of child sexual abuse material (CSAM), the largest amount O.U.R. has ever seen seized in Thailand at one time. ⁠

The main individual at the modeling agency has been arrested and charged with “downloading pornographic material onto a computer system for online dissemination, molestation of minors under 13 years of age, sexual assault and separating minors from their parents for sexual purposes” (thaipbsworld.com).

Operation Casting Call should be looked upon as a global example of a large scale, multi-agency human trafficking/child exploitation criminal investigation. The seamless and coordinated effort in which Thai law enforcement, multiple Thai governmental agencies, foreign law enforcement, and non-governmental organizations (NGO’s) were assembled, deployed and utilized can only be described as remarkable.

A press conference was held on February 16th, 2021 where O.U.R.’s Thailand Director “Art” gave a brief talk on the case. The conference was also used as an opportunity to request parents who had children attend the academy to come forward. A tip line was used to receive the calls.