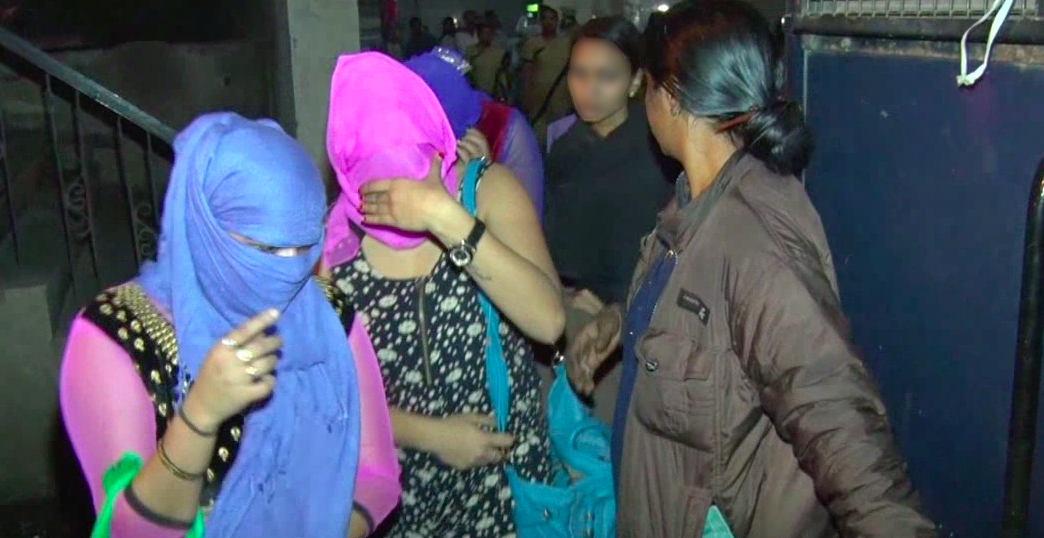 The girls are hidden – literally – behind trapped doors. Locked. Only able to come out when their services are required. There are no windows, no fresh air, and no freedom. Some try to escape and are severely punished for the effort if caught. Most accept their fate as something they have no control over and are doomed to live in the shadows.

In February, Operation Underground Railroad, in partnership with the Indian Rescue Mission (IRM), rescued 14 young women living under such horrific conditions in Mumbai, India. Two of which were minors.

According to one O.U.R. jump team member, there are many such places in India and they are not too difficult to find. “It’s pretty easy,” he says. “I just have to walk down the street. We call it the hunt. We start at one end of the street and go on down it.”

He and his team know what they are looking for. “I’ll go to the bathroom, pretending I’m drunk, and look through the different hallways and will find girls. If I get caught I just say I’m lost.”

“If I can talk to the girls, I’ll ask them about where they’re from, if they have brothers and sisters. If they act stressed or if they have injuries this allows us to assess whether their stories are provided to them by the traffickers or not. Often they are abused or beaten,” says the O.U.R. jump team member. “I try to break down walls by asking, ‘Do you like it here? No. Do you have a passport to get back home? No.’ After a while you get a feeling for whether they’re telling the truth or not.”

This particular rescue operation was led by O.U.R.’s NGO* partner IRM in conjunction with the Joint Commissioner of Police and the Deputy Commissioner of Police in Mumbai. After identifying the brothel, a team of 20 police personnel plus officers raided the bar at midnight. Only four girls were found, but they knew there were more. They just had to find them.

Hours of searching through long corridors and darkened rooms eventually yielded ten additional girls hidden in a small room that was obscured from view behind a wooden cupboard. These rescued girls have now been placed with a trusted aftercare facility where they will get the help they need to adjust to freedom and self-reliance.

The dance bar has been shut down and the owner arrested and charged with sex trafficking. O.U.R. will continue to monitor the situation to ensure that he pays for this crime.

No one should have to live this type of life and yet there are thousands of young women in India who are doomed to it. O.U.R. continues to look for them with the help of its NGO partners and will not stop until there are no more to be found.