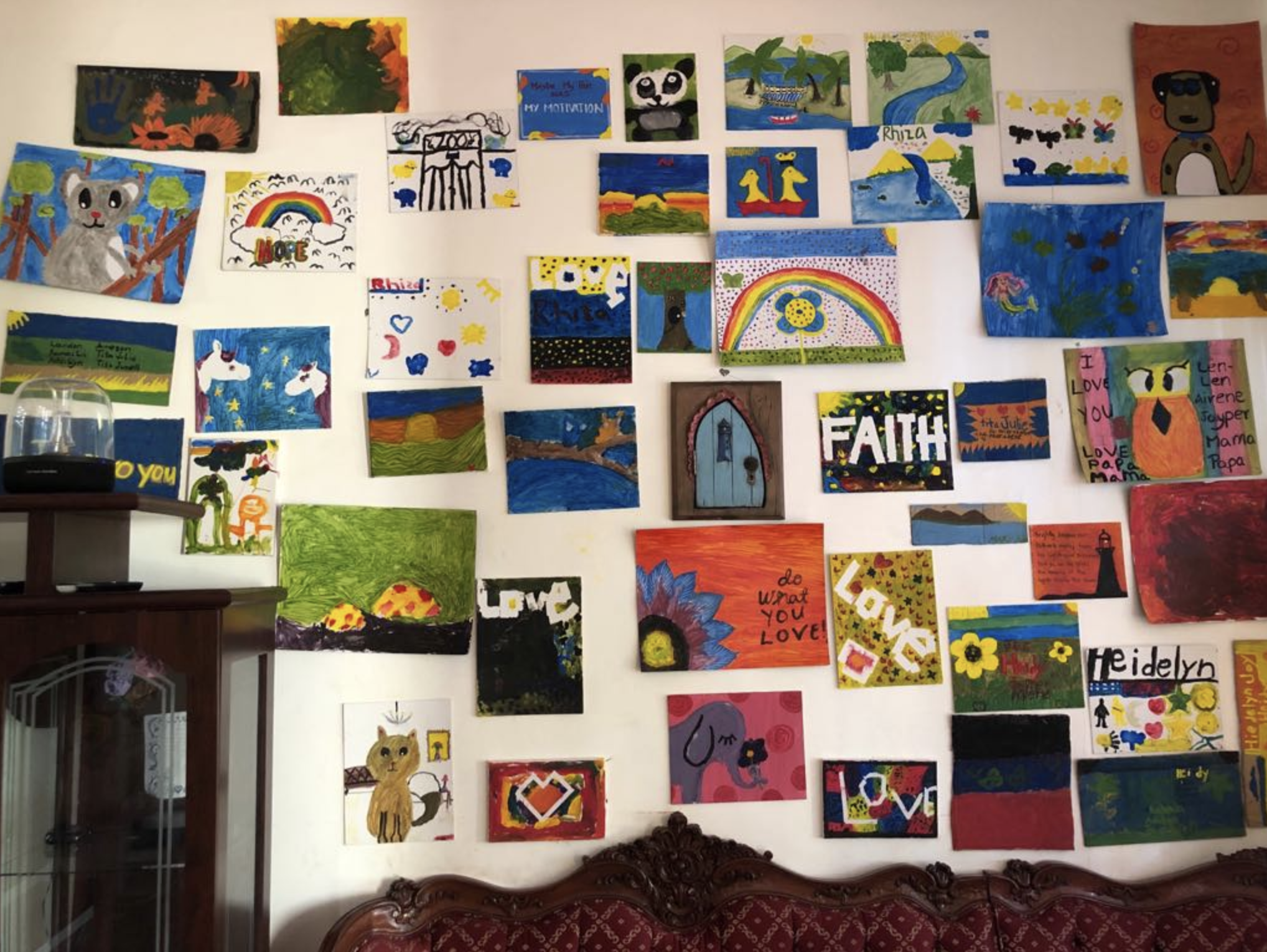 Though O.U.R. doesn’t currently do rescue and aftercare work in the Philippines, we loved the courageous story of Julie and her family, generously shared with our aftercare assistant, Tyler Schwab. We wanted our readers to hear about it, too.

Discovering a cause we strongly believe in, is an individual journey. Julie’s began in her last semester of college in Hawaii. She took a course that entailed traveling to Cambodia to study non-profit organizations. Though it had nothing to do with her degree in Elementary Education she knew in her heart, she was meant to go.

While there, a missionary led the group to a safe house inhabited by young girls rescued from sexual exploitation. Despite the language barrier, connections with these girls developed. Soon smiles and good times between them helped the girls heal and gain much-needed self-esteem.

It was an experience Julie wouldn’t soon forget. She knew then that she wanted to make a difference for children like that again.

However, when returning home to routine life, it slowly took a back seat in her everyday world. Sex trafficking was too foreign a topic for most people. Julie moved on with her life and left that focus behind.

It wasn’t until nine years later that a friend shared an O.U.R. post with her. It rekindled the fire she had felt years before. She started following the organization and reading everything she could. It felt as though the words and mission of O.U.R. were speaking to her directly.

When her family saw The Abolitionists in Orange County, the words of O.U.R’s founder, Tim Ballard, moved them the most.

He stated that people ask him all the time what they can do to help, and he responds by saying that he doesn’t know, but they do.

Julie knew she wanted to do something.

The next day, Julie received a phone call from her brother. He connected her with his employee who knew Tim Ballard and had heard there has been a great need for support in the Philippines, which is where Julie’s husband is from. That’s when she started looking into how she could do something meaningful. She had expected to make phone calls to help find aftercare facilities or to write letters to get others to help.

But in time she was led to another direction. The answer became very clear. Coming full circle from her college days, she knew they should open their own aftercare home in the Philippines.

They also knew just where they wanted it to be. It was far from the main cities known for trafficking, but they found out that there was no shelter of its kind in the area and that abuse and trafficking was rampant there.

Obstacles Along the Way

It took six months to obtain a license in the US, but an additional two years to get one in the Philippines. The Department of Social Welfare and Development explained that they were the only shelter in the region to lawfully get their license before taking in children.

It might have taken even longer if Julie’s husband hadn’t had dual citizenship. Doing business in the Philippines is extremely difficult, even for nonprofit groups.

They still needed to wait an additional three months after obtaining their license to get referrals.

Julie and her husband had to develop a relationship with police and city social workers, to gain their trust that the children would receive the best care.

That’s when they decided to open the shelter to all sexual abuse victims, not just trafficking cases. If the child was traumatized and still in danger, they wanted to help.

The first child they received at the shelter was five years old. When Julie saw how frightened she was, Julie invited her husband and kids to come meet the young girl with her. Fortunately, they bonded with her easily, and she was very receptive to help.

This was not the case with the second child they received, who was twelve years old and highly traumatized. She had frequent violent outbursts. Suffering from psychosis, she believed that her caretakers were angry with her.

Meetings with a psychologist, help from social workers, and Julie’s family, slowly broke through that shield of anger. It took months before the girl could express herself with art. They also helped her read and taught her the basics. Soon all her siblings and mother came to the shelter, as well.

Julie witnessed the girl changing before her eyes. The whole family dynamic improved, their bonds stronger.

This family became a light in the community, a symbol of hope, and of what could be. They were different now, and their neighbors wanted to know why, and to be a part of it, too.

Julie learned that many families there have the attitude that sexual and physical abuse is just a part of life, and that to deter it, you shouldn’t provoke or lead someone on. This placing of blame on the victim is very damaging. Even worse, some family members accept money from the abuser because of their financially desperate situations.

That is why there is a great need to help communities learn to recognize the signs of abuse in families and not tolerate it.

This includes online dangers children get tangled in, as well. Providing training and putting programs in place to handle abuse cases when they arise is crucial.

Related Article: If 1 in 5 children will be solicited sexually online, how can parents prepare their children to be safe?

Julie has moved back home to the United States, for now, hoping to inspire others to offer what resources they can to help the shelter continue successfully. We are inspired by the sacrifices Julie and her husband have made in founding Lighthouse Sanctuary.

How Can I Get Involved With O.U.R.?

There are many ways you can be part of the movement to end modern-day slavery. Big or small, your time and talents can make a difference.

Whether in big or small gestures, everyone can be part of the movement to end modern-day slavery. Once you find the best way for you to be dedicated to the cause and feel the tremendous fulfillment of helping these suffering children find their way to healing, happiness, faith, and a positive future, you’ll know you’ve done the right thing.