O.U.R Stories
Blog
One Family’s Adoption Journey with the help of a Grant from Children Need Families
1 MIN

Alison and Rich Sorensen, happily married with a young family at home, realized a yearning for adoption that started to grow in Alison’s heart. Having been adopted herself, adoption was an integral part of her life. She wanted to give a child the same positive upbringing she experienced. With four little ones under toe already, the thought of adopting frequently crossed her mind even though the impact on her already large family would be significant both emotionally and financially.

Having been foster parents for two years, the Sorensens could no longer ignore the calling to adopt. They began researching agencies that would allow a family of their size to add one more through adoption. They were aware of the financial commitment and how significant his would be for their family. They also realized how soon they needed to start the process (since the wait is up to three years), and had faith that fears of the financial commitment ahead would be eased.

Through hours of research, Alison and Rich came to the conclusion that South Korea was the right country for their family, and the process began.

Weeks later, the Sorensen family was invited to a holiday gathering for the showing of a Christmas movie. Katherine Ballard, Founder of Children Need Families and her children happened to also be attending. Before the movie began, a brief video presentation about O.U.R. and Children Need Families, a special project of O.U.R., was shown. To their surprise, an adoption grant was available from CNF. Alison looked over at her husband Rich, and said, “We should apply for that grant.” The next day she requested an application. 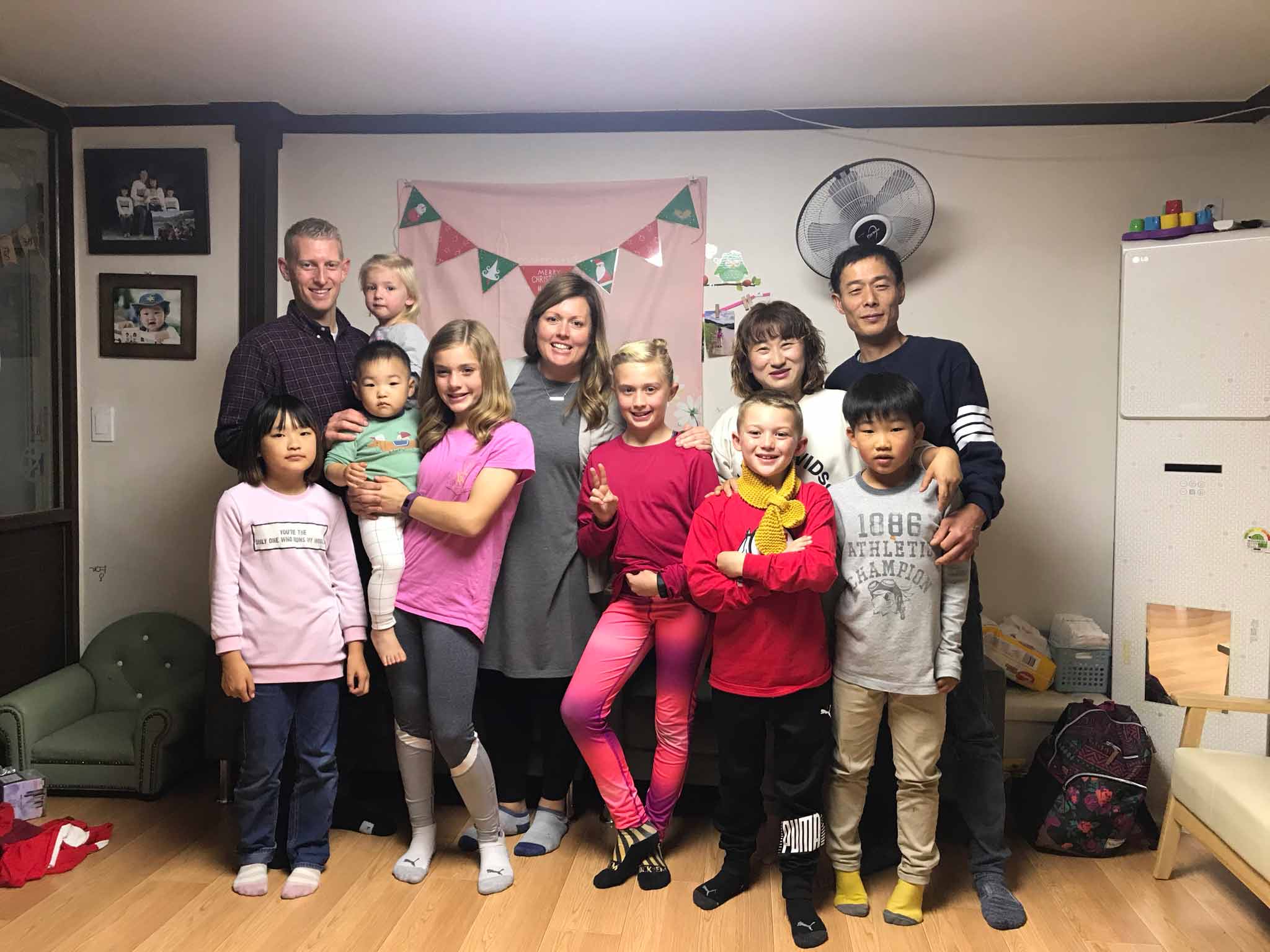 Alison received the application, filled it out completely, submitted the forms and waited. The Sorenson’s adoption agency informed them that they were matched with a toddler named “Bear”. They continued to wait for news of the CNF grant they had applied for.

One afternoon, Alison received a call that altered the course of her life forever. She picked up the buzzing phone and on the other end of the line was the Executive Director of Children Need Families, Janet Russon, asking her and the entire family to come to Utah County for an on-camera interview. With four small children to watch over, Alison and Rich were hoping they could settle themselves enough during the interview to convey their deep desire to adopt and the financial burden that would be relieved, should they receive this grant. Though their four small children were excited and running about, Rich and Alison sat down and the camera turned on.

The couple tried their best to keep themselves composed while managing the children on two oversized chairs facing the cameras. The decision to adopt meant so much to the Sorensen family and so much was riding on receiving financial support to help bring their little boy home. They were informed that this interview had no bearing on the outcome of their grant request. They did not know if they would receive a grant or not but they did know that telling their story would hopefully encourage others to adopt.

In the middle of the interview, the door to the room burst open and balloons of all shapes and sizes swarmed around the warm smile of Tim Ballard. Tim looked at the family with excitement and announced to the Sorensens that they had received the grant!

The family was flooded with emotion. They sat in front of the camera in complete shock. Overwhelmed with gratitude, Alison and Rich were deeply relieved to finally feel the confidence and ability to financially support their family in this new venture. Having already dealt with a slew of emotional ups and downs throughout the adoption process, it was confirmed to Alison again, that her family was being guided.

“The CNF grant increased our confidence that we were making the right decision and that our Heavenly Father was aware of our situation and was using others, like CNF, to support our family through this process,” Alison reflected.

As with many countries, Korea requires adoptive couples to travel twice. Alison and Rich first traveled as a couple to attend court and visit their child at the orphanage. The second trip included their four children.

“We thought it was important for our entire family to be a part of the process of bringing ‘Bear’ home. We wanted our kids to experience Korea, to know where their brother was born, and to meet his foster family, the Kang Family.  They are special people in our life, and we have remained close to them since bringing Bear home,” said Alison.

In November of 2019, after an excruciatingly long wait time that many families who decide to adopt often go through, the Sorensen family flew home from South Korea, plus one. Their baby boy Bear, was alongside them and finally on his way home, with his forever family. 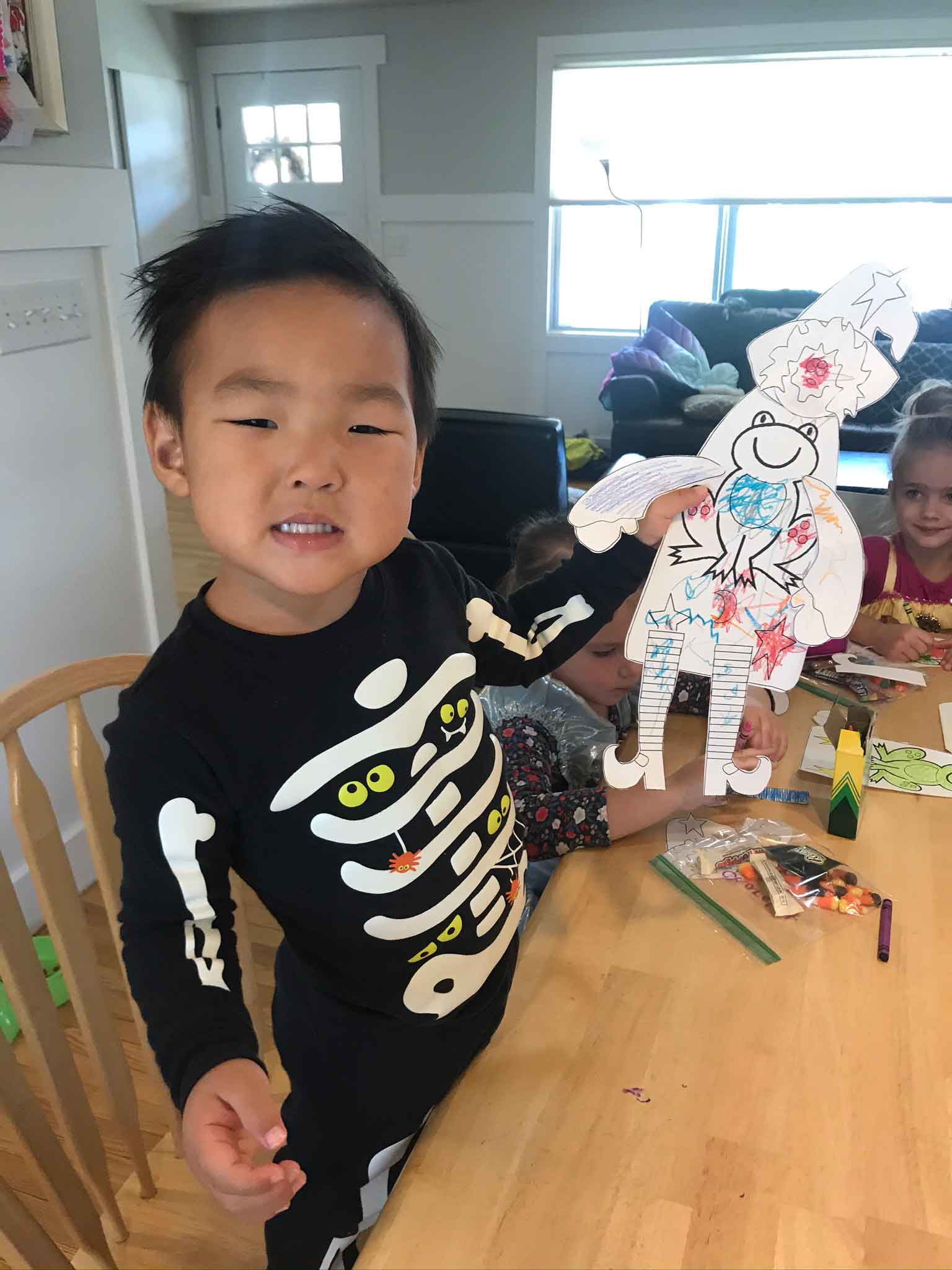 When the family returned from Korea, members of their extended family were at the airport, waiting with posters and balloons, bursting with excitement to meet the newest edition. Upon arriving in the States, Alison received a message that her grandmother had passed away about an hour before they landed. It was a bittersweet reunion with her loved ones. Finally, at the end of a long trip and an even longer adoption journey,  they pulled into their driveway with Bear. The entire house was decorated with signs and photos wishing them a warm welcome home.

Adjusting to a new life

Life didn’t stop moving for their now family of seven. The calendar was packed with soccer tournaments, school plays, Thanksgiving, and Christmas right around the corner. Adding a fifth child, even with prior considerations as to how they would adapt, Alison and Rich found their lives changed forever. Six to eight months after bringing Bear home, the family continued to change and adapt to the new dynamic.

Despite the emotional waves they experienced to bring Bear home, the Sorensen’s concur that their family wouldn’t be complete without him.

“The biggest blessing is Bear.  We have him in our family forever and we are so grateful for this gift.  I am forever thankful to my husband, children, and Heavenly Father for their support through this process,”  Alison said.

O.U.R. is beyond moved to hear of the Sorensen family’s story and the financial impact a CNF Grant has had on their ability to bring their dream of adoption to reality.  We look forward to hearing more about Bear as he adjusts to his forever family and home.

If you are interested in applying for an adoption grant or want to learn more about CNF, please inquire at childrenneedfamilies@ourrescue.org. We look forward to hearing from you.