O.U.R Stories
Aftercare
From brothels to hotels: Where child trafficking happens in the U.S
3 MIN
Aftercare 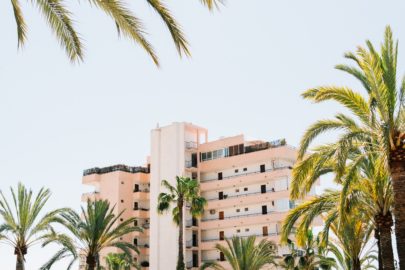 She wished someone would have simply asked her in a hotel lobby as she stared at the ground in fear, “Are you okay?” Her response would have been, “Please help me.”

I recently met with a survivor in Utah who told me her story of being trafficked for several years through hotels. I asked her, “Were you afraid that your trafficker would have physically beat you if he heard you?” She said, “When you’re desperate it’s worth the risk, but as a young teenager you have no idea who will actually take the steps to help you if you ask.”

Not every survivor will be able to ask for help, but what if you could save a child from one more night of pain? What if you educated yourself or asked for assistance in getting education on how to identify children and adults that are being trafficked or are at risk?

We are often asked if trafficking really still happens in America. A mother of three beautiful young children recently said to me, “There is no way this still happens here. We don’t have brothels here anymore.” No, we do not have the same situation with brothels as we did a hundred years ago. However, many of us do not realize that when traffickers were no longer able to use brothels, they transitioned to hotel rooms.

Last year a CEO of a group of hotels saw the movie The Abolitionists. He was in shock. This topic can be an overwhelming reality to think about, but he did not let his shock stop him from taking action. He asked, “Where are some of the main places these children are being trafficked?” The answer he heard was upsetting. When he realized that many hotels are used as brothels, his anger turned to tears. He thought about his own children and the extent he would go to if anything happened to them. Subsequently, he decided that he was going to empower all of his general managers with the knowledge and ability to identify children in their hotels that might be in slavery.

So what did he do? He reached out to the O.U.R. team and asked, “Will you provide training to help my staff identify anyone that might be at risk or is being trafficked?” The O.U.R. Aftercare Team came to the company’s general manager convention to educate and empower the staff. One of the general managers in this training expressed his astonishment at the fact that such evil happens in the same place where he sees families full of joy playing with their children in the pool, kids laughing at breakfast over a bowl of fruit-loops, and carefree teenagers who can’t stop talking about how excited they are to be on vacation.

We believe that through awareness of loving and caring adults people can assist in liberating children from bondage. We will be the first to tell you that we can not do this alone. We need everyone, and everyone can do something.

We encourage you to do what this group of hotel general managers did and take some time out of your week to learn the signs. Become an advocate, a mentor, an educator in your circle of influence.

They say it takes a village to raise a child. In the same spirit, it takes each business, each school, each neighborhood, each city to stop trafficking. Follow the example of this amazing group of hotels that said, “Not under my watch!”

Read the article Protecting Our Children From Sex Trafficking to know how to recognize more signs.

Although it is hard to learn about the realities of sex trafficking in detail,

we know awareness can save lives and can protect our children.