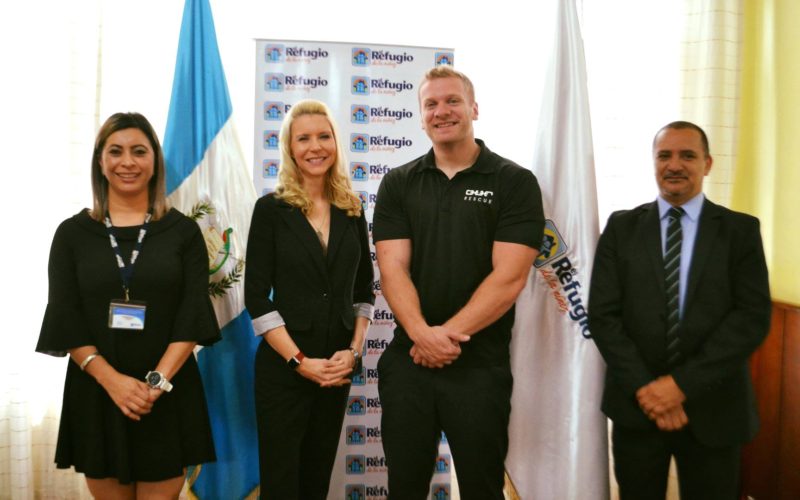 “Saving people from slavery and exploitation”

Because of its geographic location, Guatemala serves as a country of origin, transit and destination of human trafficking. Also, for the second consecutive year (2017-2018) it was enlisted by the Department of State of the United States of America under surveillance level 2, based on its lack of compliance with minimum standards for the elimination of trafficking. However, the human trafficking division of the government and aftercare services are currently responding in full force to fight this evil.

Every day new stories of children and who are tricked into being exploited and enslaved as objects emerge, putting these adolescents’ lives at risk. For this reason, it is necessary to redouble efforts for the prevention of trafficking, protection of children, and prosecution of criminals involved in the trafficking in persons.

As a response to this need, Asociación El Refugio de la Niñez and Operation Underground Railroad are happy to announce the signature of a cooperation agreement, with the aim of strengthening the comprehensive care and work dedicated to girls and adolescent victims of human trafficking.

Leonel Dubón, director of El Refugio de la Niñez, recognized that there is progress, above all, under the leadership of the Secretariat against Sexual Violence, Exploitation and Trafficking in Persons (SVET); with significant alliances and efforts to reduce this type of crime, however, human trafficking is complex and ever-changing, making it necessary to continue prevention campaigns aimed at all sectors and to vulnerable communities in the country, including indigenous communities.

We at Operation Underground Railroad are so grateful for our partners at El Refugio de la Niñez. Together we are collaborating to provide homes of refuge, places of hope, and communities of love as we help build strong foundations for survivors’ futures.