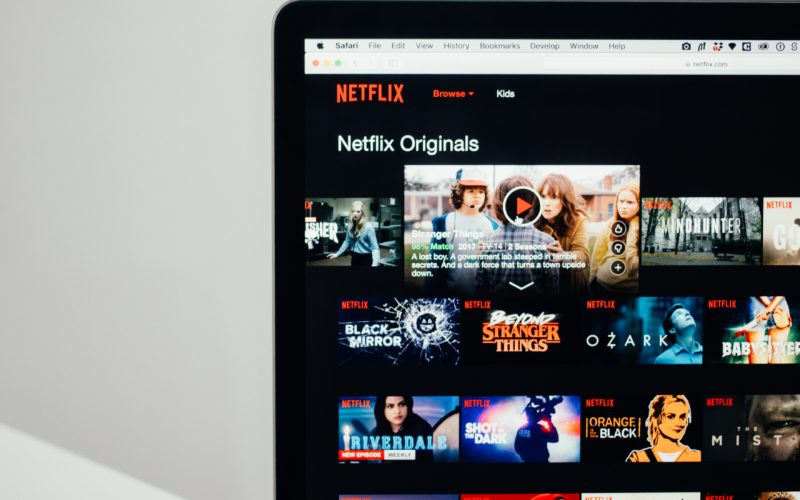 Many headlines about this show use the phrase “teen prostitution” as a way to describe the controversy surrounding this new Netflix Original. This is not the most accurate terminology. Under U.S. law, anyone under 18 years old that participates in commercial sex is a victim of sex trafficking. This is true regardless of whether or not the trafficker used force, fraud, or coercion. The term “teen prostitution” inaccurately frames this highly illegal act, the very thing that O.U.R. is committed to ending, as a teen’s edgy endeavor. It is imperative to realize that the dark reality of child sex trafficking is more than what Baby portrays; it is controlled, evil, and very dangerous.

Baby is loosely based on a true story that happened in Italy in 2014. Two underage girls from a rich neighborhood in Italy got involved with a trafficking ring to make money to buy luxury clothes and accessories. Over 60 men were found to have paid for sex with these 14 and 15-year-old girls.

In this TV series, teen characters Chiara and Ludovica represent the two girls from the 2014 case. Growing up in an upscale Roman neighborhood, they feel stuck in a “bubble” and yearn for a secret life to make things interesting. “If you’re 16 and live in Rome’s most beautiful neighborhood, you’re lucky. Ours is the best possible world. We’re immersed in a wonderful see-through fish tank, but we long for the sea. That’s why, in order to survive, we need a secret life,” says the show’s main character, Chiara, in the opening scene.

Trafficking aside, the show dwells heavily on the topic of sex. The first few episodes introduce Chiara’s affair with a popular boy at school and a viral sex video of Ludovica that surprisingly surfaces at a party. Through a series of events intertwined with teen angst, Chiara and Ludovica become best friends. As the story progresses, Chiara and Ludovica decide to go to a club where Ludovica knows the owner – their future pimp. As he watches Chiara and Ludovica dance, he whispers to his business partner, “our clients will love them.” This is where the grooming begins.

In the short six-episode series, Chiara and Ludo navigate their way through their new world of being paid for sex. “Light-hearted shopping trips are sandwiched in between skeevy back-office meetups with dentists and drunk, handsy men,” Decider author Kayla Cobb says, “It’s frighteningly easy to forget that these sexual transactions aren’t happening between willing adult parties. They’re happening between adults and children.”

Many people have defended the show saying they have protected the actors by avoiding nudity. Others have said that it is not glamorized because it portrays Chiara and Ludo’s raw experience  as they have sex with “drunk, handsy men.”

Showing nudity or not, it does show underage girls having illegal, paid sex with older men, dramatizing their desire to lead spontaneous secret lives. “If anything the pair happily embrace their new roles as the victims of statutory rape, telling one another in hushed moments about how it quells the wild urges inside of them,” says Cobb on Decider.

We need to be careful that we don’t glamorize this as a great lucrative endeavor or that it is  acceptable for older men to pay teens for sex. Something that the show is accused of not touching on are the bigger, difficult implications of becoming entrenched in a sex trafficking ring. It is also been said that the characters don’t show any introspect about the dark implications of what they are involved in.

Director Andrea de Sica responded to the controversy by saying, “That was the most delicate thing and issue about doing this series. For us, the real story just was to spotlight one of the important neighborhoods of Rome, which from the outside world gives the image of a perfect world, but was something dark, with something happening beyond the facade.”

We live in a dangerous era of desensitization, and instead of the grooming process simply becoming entertainment, we need to make sure that teen prostitution is identified as child sex trafficking and that it is still seen as a social issue. Too many news articles say that this show is a great watch if you are okay with edgy entertainment. This statement alone already shows that this show may be normalizing child trafficking, if they don’t see it as exploitation and simply “edgy”.

The dark reality of sex trafficking

Being groomed and trafficked for sex is a serious reality that 2 million children in our world are suffering from today. Traffickers prey on the vulnerable. However, instead of being able to keep the money they make and live freely and find “love” as the show portrays, trafficking is full of betrayal, control, and manipulation. In the real 2014 case, the mother of one of the victims was even arrested for participating in selling her daughter.

Most of the time, victims do not even see the money they make because they are forced to pay back “debt” to their pimps. They are often heavily controlled by their pimps, must make a certain amount per day to give to their pimps and are physically abused. According to a study of 854 individuals, cited by The National Center on Exploitation, 71% of the individuals experienced physical abuse while engaging in prostitution and 64% were threatened with a weapon. Similar (or worse) abuse happens with children underage that are forced into the commercial sex trade.

We feel that we need to be a voice for survivors. This difficult subject’s portrayal in the media should be tactful and respectful of survivors. We also believe that the world of sex trafficking should not be introduced to our children in a way that is entertaining and lucrative, but should be introduced by us, and by you, in a way that shows them how to take a stand against it and end it.

When faced with the choice between saying nothing or taking a stand, we feel it is important to voice our opinion. We don’t think a show like this is okay. Desensitization not only disrespects the real life of child sex trafficking, it also desensitizes an audience from acknowledging the unacceptable and cruel reality that is child sex trafficking.

A serious, worldwide epidemic that is exploiting children and teens worldwide, including in our own country, should never be sugar coated as edgy entertainment.

We want to hear from you. Is this show okay?