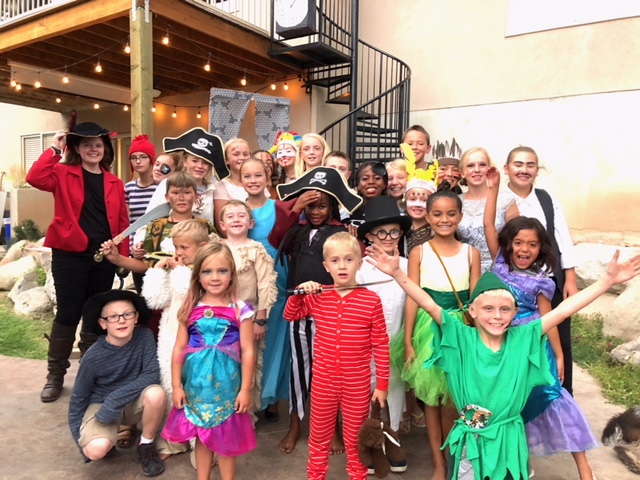 Children can be powerful current and future abolitionists. For the last two years, children in a neighborhood have put on a play to raise money for Operation Underground Railroad. The children have written, produced, directed, and acted in the play on their own, practicing regularly for over a month before their performance.

Parents only stepped when the kids asked them to sell concessions, provide a few simple items for costumes, and use a power saw and drill to make a set piece according to the child-director’s specifications.

These kids did all of this so that they could help O.U.R. help other kids.

Last year in their production of The Wizard of Oz, these children raised over $500 for O.U.R. Word got out about what they were doing and even more people wanted to attend this year’s play—so much so, that they added a second performance.

The play they chose to put on this year was Peter Pan. The story of Peter Pan perfectly complemented their goal to protect the innocence of childhood. The children came up with a theme, written on the flyers they distributed throughout the neighborhood: “Every kid deserves a chance to be a kid before they grow up.” With the generous donations of many good people, they raised over $1,500 for O.U.R. this year!

Angie Melton, one of the adults in the neighborhood who was involved, said, “Sometimes we talk about how much more our children have had to know about some of the darkest things in the world than we ever did at their age—but then we are amazed at the initiative and courage they have shown in standing up against it. Every child has the potential for good.”

The play was 20 minutes long and was 100% the children’s creation.

“It captured the essence of childhood magic and brought many to tears,” Melton said.

These inspiring children are proof that the future will be brighter, that the next generation is already joining the fight. Abolitionists from ages eight to 98 are stronger together in the fight against modern-day slavery.

Do you want to create a YOURrescue campaign for your community? Visit yourrescue.org to start today.