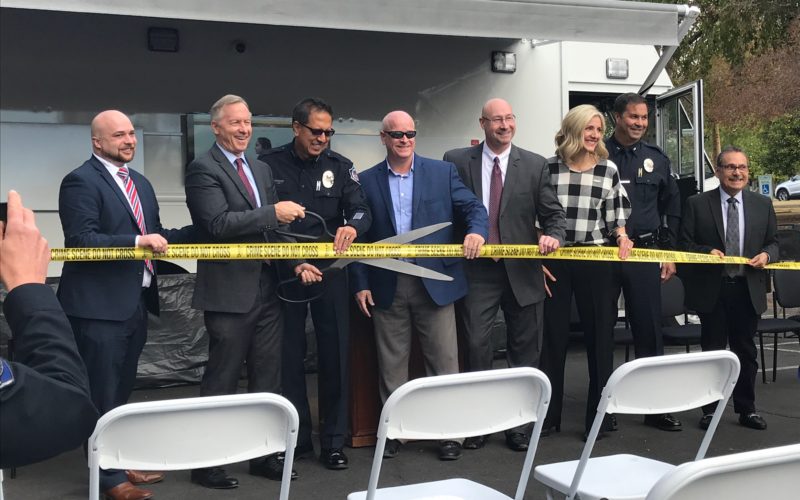 O.U.R. is continuing the support of anti-human trafficking work in Arizona through our partnership with Mesa PD.

On Wednesday, December 12, 2018, O.U.R. President of Operations Jon Lines and Director of Development Cherstyn Stockwell presented a Mobile Forensic Lab along with representatives from the doTERRA Healing Hands Foundation, partners of O.U.R. who helped fund the truck.

This new truck has already been used by Mesa PD (in collaboration with other departments) during a successful three-day operation that resulted in the arrest of 9 suspected predators. Jason Troth of Mesa PD said,

The police will use the lab’s high-tech equipment to process potential evidence on digital devices such as smartphones and computers right at the scene, in a secure area.

Representatives from O.U.R., doTERRA, and Mesa PD were present at the ribbon-cutting ceremony for the truck.

Jon Lines said that with a tool like this, police officers will be able to immediately and effectively find those people who are preying on our children. “They will also be able to identify those victims that are absolutely so precious to all of us,” he said.

We are incredibly grateful that with the doTERRA Healing Hands Foundation, we were able to provide Mesa PD with this truck. We are excited about the commitment that Mesa PD and surrounding departments have to end child trafficking, and we can’t wait to see how this truck advances their mission to do so.