A wide-scale and year-long investigation in Thailand has just undergone a massive breakthrough in the realm of human trafficking. Back in 2020, the O.U.R. Ops Team was asked to help Thai law enforcement to identify an offender. After receiving a tip about the potential offender in November, the O.U.R. Ops Team informed the Department of Provincial Administration (DoPA) and Anti Trafficking in Persons Division (ATPD) about the evidence they found. It was determined that these circumstances were categorized as a sex trafficking case, and was given the name Operation Little Sheep.

The investigation led to the discovery of multiple girls ages 13-17 being exploited for sex. Shortly after, the main offender was arrested and four of the girls were rescued in February of 2021. The ATPD expanded the investigation from March to September, and was able to arrest another 10 providers and identify a total of 40 survivors. 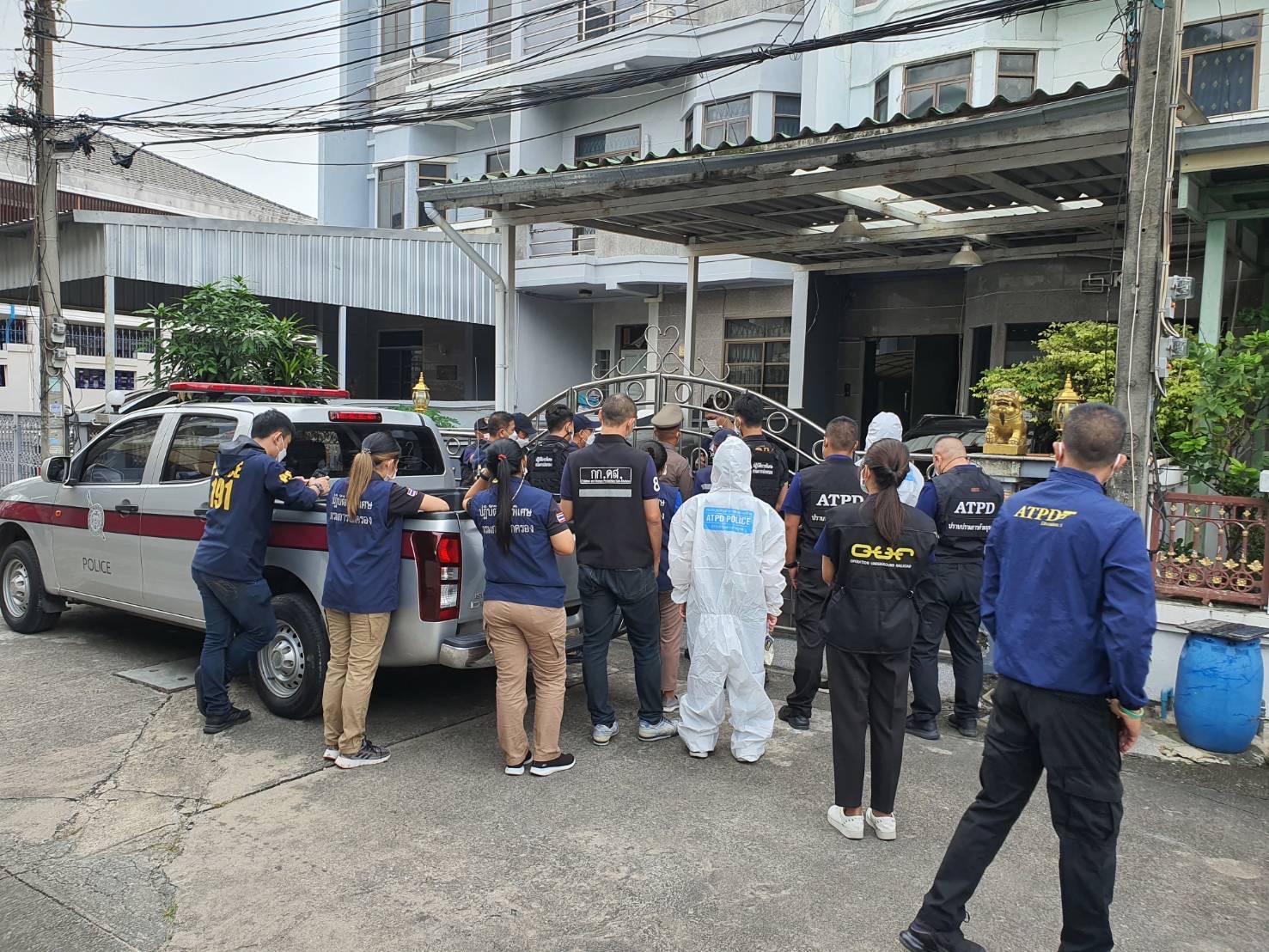 Law enforcement executes a search and arrest warrant for one of the offenders.

On October 27th, 2021, the ATPD and DoPA conducted several additional operations to arrest human trafficking offenders and were successful in their attempts. Eight traffickers were arrested, as well as two clients (who previously purchased minors to exploit).

Throughout the operation in the past year, 19 total traffickers and two “buyers” have been arrested and are facing prosecution. Of the 40 survivors that have been identified and exploited, 15 of them were rescued out of their circumstances. We are continuing to work with the Thai authorities to bring freedom to more of these girls.

During the investigation, O.U.R. Operators learned that the perpetrators would recruit young girls on job advertisement posts online. They would then look through social media accounts and target young women who looked in need of money and could be easily lured. The offenders would send messages to them offering a job working for high-paying clients. If and when the girls agreed to offer sexual services to the clients, they were given large amounts of money in exchange.

Due to an increasingly higher rate of children having access to social media during the pandemic, specifically those lacking parental supervision or those whose families were facing economic hardship, the rate of online exploitation has been growing. Unfortunately, the online space has become an arena for offenders to target youth and persuade them to provide sexual services. 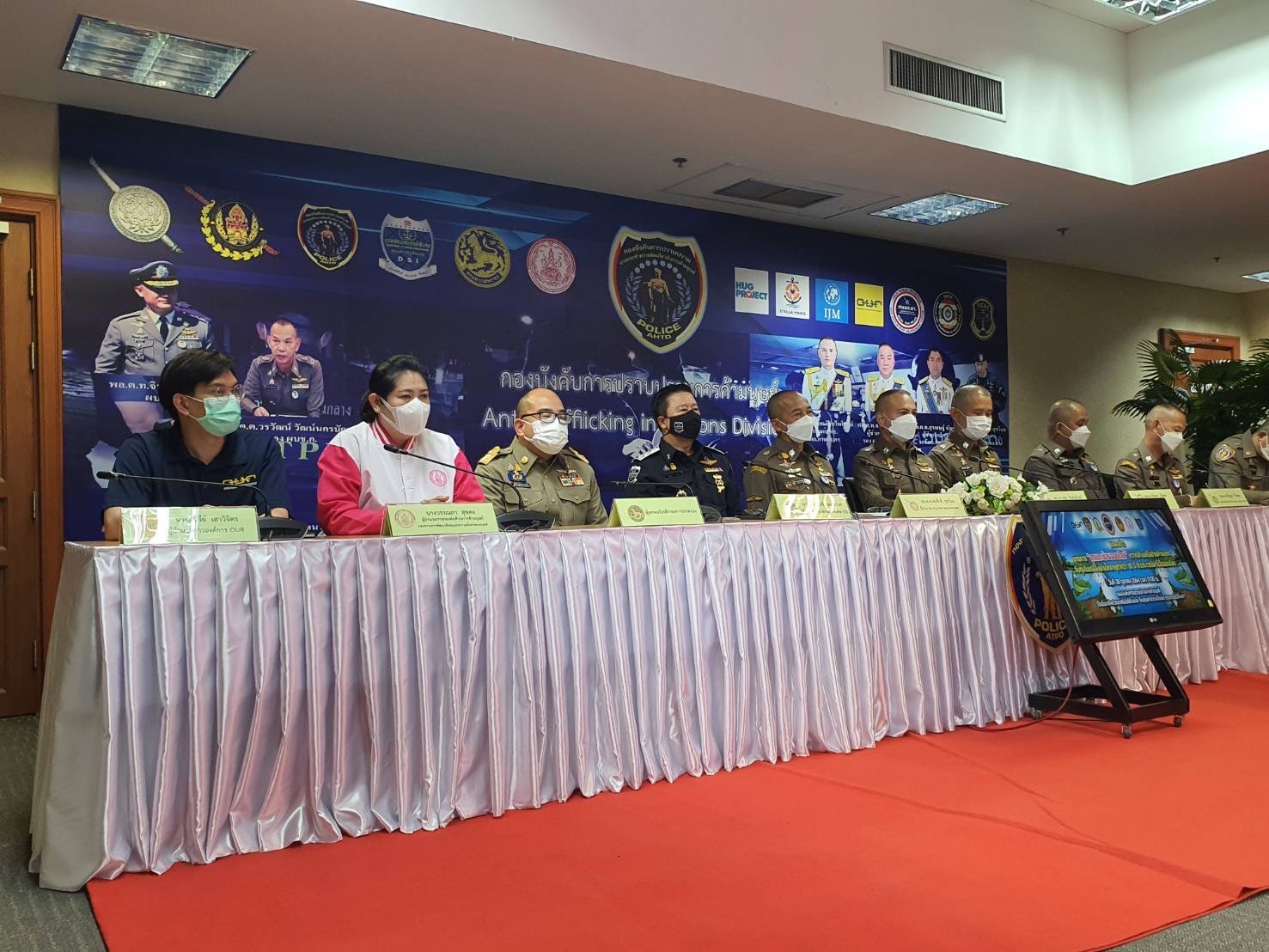 A press conference for Operation Little Sheep. Present are senior officers from the Royal Thai Police, the DSI, the DoPA, the ATPD, M-Society and O.U.R.

While Operation Little Sheep was a success, O.U.R. wants to emphasize that in order to prevent children from becoming exploited online, parents should be cautious of who is contacting their children through social media. Especially with the enormous online presence of offenders and perpetrators since the pandemic hit, commercial sexual exploitation is becoming more common than before. Children need to be able to speak to someone they trust if they have been solicited online.

Thanks to the combined efforts of O.U.R., Department of Provincial Administration, and Anti Trafficking in Persons Division, 21 suspects are facing prosecution and 40 survivors have been identified. We’re grateful for Thailand’s law enforcement agencies and their determination to help these survivors and bring perpetrators to justice.