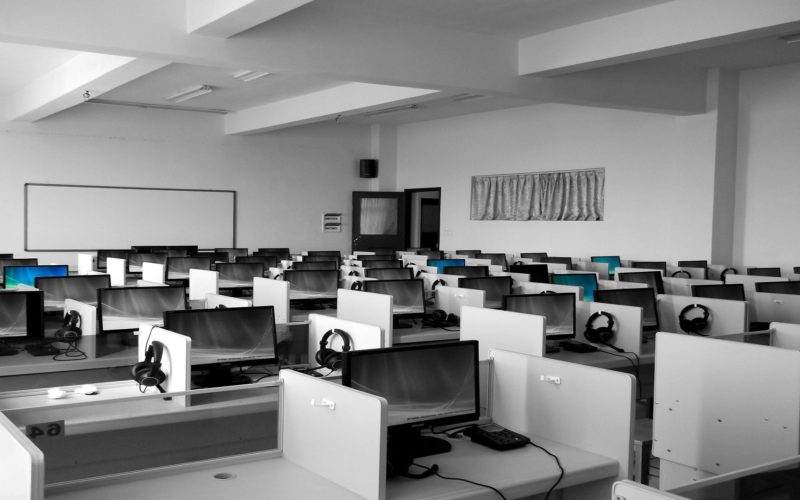 “Our students have worked with O.U.R. before, so it made sense to have this training on campus,” associate professor in the department of forensic science and director of the digital forensics and information assurance program John Sammons said.

Operation Underground Railroad is a non-profit organization that rescues sex-trafficked children worldwide. The organization set up a one-day training for students and law enforcement to talk about the channels pedophiles take to get to children and the processes the police departments go through to catch these criminals.

“We wanted to get some valuable training for our students and also raise the level of awareness of this heartbreaking problem,” Sammons said.

Matt Osborne, the senior vice president for rescue and rehabilitation, has led 10 undercover missions and saved over 171 victims and arrested 54 suspected traffickers.

Osborne spoke about some of these cases he worked on and the people he saved.

Detective Tony Godwin was interviewed for O.U.R.’s recent video “O.U.R. and U.S. Law Enforcement Working Together.” It can be viewed here.

“The kids get taken to Dallas and are trafficked there, then brought back to sleep in my city,” Godwin said.

Godwin talked about one case of a man who would travel to countries where child trafficking was not as closely monitored as here in the United States to prey on young girls.

“He actually found one that was old enough for him to marry, and he brought her back, they had a child together, and he was still looking into tons of child pornography,” Godwin said.

Godwin caught that man with thousands of child pornography photos on a hard drive and arrested him. He was convicted and sentenced to prison.

“That guy writes me all the time to thank me for putting him away,” Godwin said. “He says he would have done something much worse if I hadn’t stopped him.”

The entire day was filled with stories like this. The two speakers also spoke about some of the ways pedophiles use the Internet to get to children. They use social media, online games like “Fortnite” and “Overwatch” to prey on children and illegal music sites like “Limewire” and “Frostwire” to share child pornography.

They talked about how severe the problem is just in the United States alone, but also mentioned dedicated people are tirelessly working to free these victims and return them to safety.

This article has been republished here with permission from The Parthenon.