"The fight against human trafficking has a three pronged approach: prevention, intervention and aftercare. If there's ever going to be an end to trafficking, I truly believe that it will be due to prevention. But without intervention, there is no aftercare.

For a number of years, I would travel to Asia and help build schools in remote villages. I saw first-hand how the access to education brought about systemic change. One year, upon completion of building a school, we travelled to another village to identify where we would build the next school for the following year. We sat with a village elder and listened intently as he explained to us that the village had no young girls. They had left in search of work to support their families. Some would send money home, but many were not heard from again. Twelve, he said...no girls in this village from the ages of twelve and up. Where would a twelve year old girl go to find work, I thought to myself....

At the time, I was working as protection for the richest family in my home country. I always appreciated the job, but now things were different; my eyes had been opened. After I flew back home to my comfortable first world country, the elder’s words continued to eat at me. I couldn't stop thinking about it; I was losing sleep. I researched. I read articles, visited every website, read every study. My search eventually brought me to this concept of human trafficking. I'd heard of it before, but was it really so prevalent that it would literally empty whole villages of young children?

Finally, my research led me to an organisation that was conducting investigations and intervention. Prior to my protection role, I had spent many years in private investigation working for one of the world's largest, most prestigious investigation firms. I felt called to this new mission, which was so much more relevant to the skills that I had forged over a long and successful career.

I applied. I was selected. I trained. Then I deployed.

I’d never been someone who experienced culture shock; I left home when I was 17 and traveled to Europe solo at 20. By the time I was 22, I had seen more countries than most people do in a lifetime. I worked as a bouncer in France, played soccer with street kids in the Czech Republic, worked in an olive grove in Italy, climbed active volcanoes in Indonesia, and got lost in Morocco. I was pretty well versed and found that I would rarely, if ever, get shocked by anything I would witness.

But that first undercover deployment in anti-trafficking changed everything.

On arriving in this developing country, I met my team, and we trained some more prior to beginning our work. The local police were appreciative of our help and asked us to investigate a length of coastline. We came across a fishing village and consequently discovered a stretch of bars that serviced the local fishing industry. We entered one of the bars, which was extremely rundown. It was empty, with the exception of a heavy-set middle aged local woman. There was a single lightbulb emitting a harsh fluorescent white light across the walls, which were adorned with brightly coloured posters of kittens and rainbows. As we sat down, the woman asked if we wanted to see some ladies, to which we replied yes.

We ordered some drinks and waited, at which point I went to the restroom. As I returned to the table, I could see that some children had joined my colleagues. My initial thought was that these were obviously some young kids off the street who had heard there were foreigners, and they had run in to get a glimpse of the strange tall beings. As I sat down, one of the young girls motioned to my colleague and made a gesture with her hands that could only mean one thing. 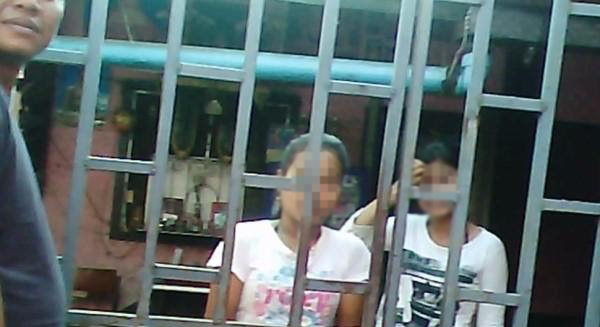 My heart sank. I couldn't believe it. These weren't neighborhood children; these were the “ladies” that the woman had called for us. Children we didn’t even ask for.

I asked one of the little girls how old she was: 11. I wanted to burn the world down to the ground. It startled me how much ease she had when trying to sell herself, as if she had been doing this for years. A child so young should be playing with her friends and going to school...not forced to work in a slum bar.

$9 USD is what she would have cost.

Through surveillance and further undercover work, we discovered where she was being held when she wasn’t forced to work at the bar. We submitted our intelligence report along with the covert video we obtained. By the time the police raided the venue, it was too late; she was gone.

Thankfully, the manager and owner were both arrested, three other girls were rescued, and the bar subsequently closed down. Even so, that little one was nowhere to be seen, and she still haunts me many years later. I'll never forget her. I failed her.

After that, I sold my house, my car, quit my job and left home. It's been years now and I have never looked back. I've forged lasting friendships with good police officers all across the globe, police officers asking for help that want to see legitimate change in their countries. But I've also been to shelters, immigration detention centres, and spent years in the field, often seeing the worst of humanity. The photo attached is from the first time I entered a lock up. Girls from all across the region are held in a locked compound, hidden behind an otherwise ordinary suburban house. No words can describe the feeling of hearing that gate close and that bolt slide across locking you in. It was my first time going undercover in a place like that, but sadly not my last. There have been many others.

The things I see and witness are not a burden; they are my motivation to continue the work.

I will never stop fighting for those that have no one. We can’t forget about those that are stuck, forced, coerced, held in debt bondage, restricted movement, exploited, cheated, tricked and lied to. Those men, women and children that have had their humanity snatched from them by those that seek to do them harm and profit from the sale of their souls. They must not be forgotten. Intervention is a necessity. And each day that goes by, is another day they have to endure.

In the words of Elie Wiesel: 'We must take sides. Neutrality helps the oppressor, never the victim. Silence encourages the tormentor, never the tormented. Sometimes we must interfere. When human lives are endangered, when human dignity is in jeopardy, national borders and sensitivities become irrelevant. Wherever men and women are persecuted because of their race, religion, or political views, that place must - at that moment - become the center of the universe.'"

Thank you to our undercover operator for sharing his heartwrenching experience with us, and for shedding light on the importance of intervention. We are so grateful to the O.U.R. Operations team that consistently puts their lives at risk to save children in danger all around the world.