O.U.R Stories
In the News
Historic Jailhouse to Become a Human Trafficking Info Center with O.U.R.
2 MIN
In the News 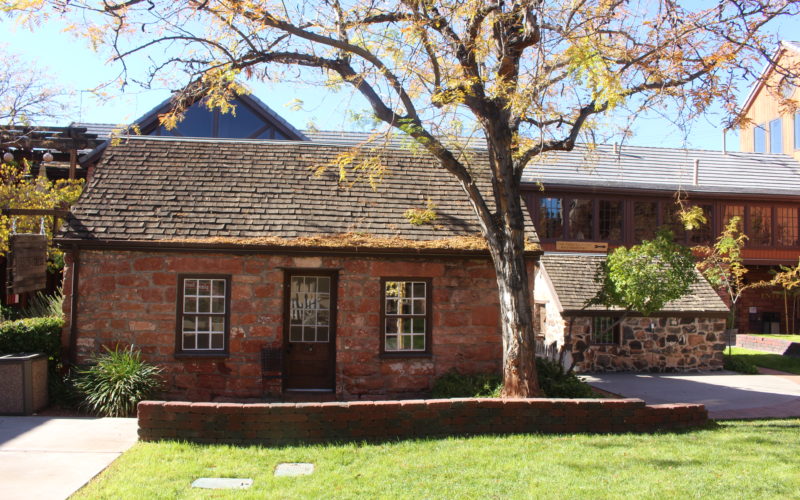 A historic jailhouse in St. George, Utah, will soon be turned into an information and donation center to bring awareness to human trafficking.

James Rose, the current owner of the jailhouse, had a dream the night after he watched Tony Robbins interview Tim Ballard about Operation Underground Railroad. In his dream, Rose was putting together a small, fold-up wooden jailhouse that was delivered to him. His 7-year-old daughter asked him what he was doing, and he said, “There’s bad people out there who are hurting people, and we need to get them and put them in jail.”

Rose told his wife, Lyndi, about the dream. She told him that this jail represented the jailhouse he owned in Ancestor Square. Rose never let anyone rent it, because he wanted to save it for a good cause–and after being moved by Tim Ballard’s interview the night before, he knew that this was the cause he was saving this jailhouse for.

James and Lyndi ran into Tim Ballard at a Tony Robbins conference in October and have been working on the project since then. Their goal is to create a center where the public can learn what human trafficking looks like. Ballard has said that one of the biggest problems surrounding human trafficking is that so many people don’t know about it.

The sheriff’s office will contain different items people can purchase like t-shirts, books and videos and will be an opportunity where people can donate. There may also be a computer where people can take O.U.R.’s online signs of trafficking course.

Rose said, “I hope that they can use it as a symbol of freedom.”

The plan is for this to be the first information center of many because as Ballard believes, it’s the real stories about human trafficking that “move hearts, that move people, that create masses.”

Do you know the signs of human trafficking?