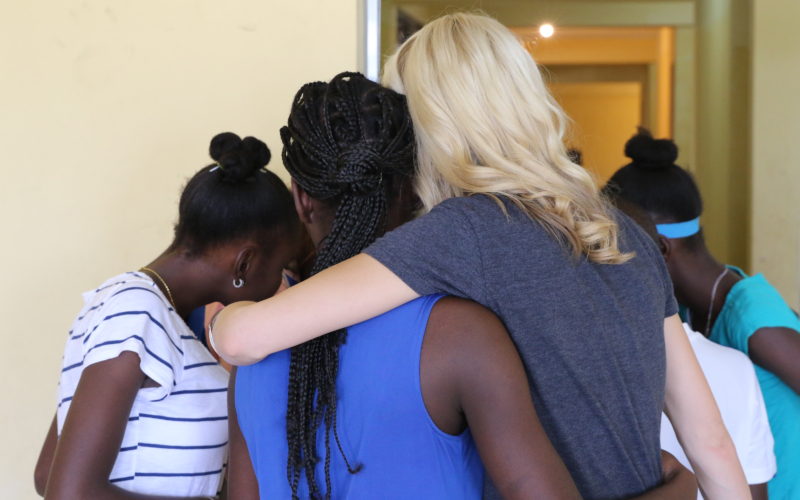 Four girls were rescued in the recent undercover operation in Haiti.

O.U.R. Aftercare Director, Jessica Mass, strongly believes that the first 72 hours after someone is rescued are extremely important for the survivors to start to feel safe and not receive additional trauma. Aftercare is always there at the operations to provide immediate victim advocacy to care for the girls rescued.

One of the key factors, when we are talking with victims that have experienced extreme trauma, is to be fully present with people in their pain. These are times when you can’t feel the pain someone is feeling inside, but you can help them to not feel alone.

After a couple of hours as Jessica was sitting with the girls, she asked what their dreams are. “What would you do if you could do anything?” she asked. With tears swelling, one of the girls held her hand out to Jessica. She showed Jessica her carefully painted and decorated nails and said, “If I could do anything, I would help other girls feel beautiful. I want to do people’s nails and eyebrows so they can feel the beauty that is in the inside of them.”

This hopeful young survivor had been through a lot of extreme trauma. People often ask how girls begin being trafficked and exploited. The answer is that they are often vulnerable due to poverty, lack of education, and the breakdown of the family. This particular girl was vulnerable due to all three of these categories.

Nearly 60% of the population live on less than $2 US dollars a day, which means that over six million people are living in poverty in Haiti. The young girl that Jessica was talking with lived in a poor area that was especially high-risk for trafficking and sexual exploitation. She had to stop attending school in fifth grade, which also made her more vulnerable in her area.

When she was 14 years old, the equivalent of an eighth grader, she was raped and subsequently got pregnant. Her parents then kicked her out of their house and shamed her for her pregnancy. Her trafficker picked her up and promised her a better life of care and love. However, that promise was quickly broken when he started selling her for sex soon after.

Jessica asked this brave survivor, “What gives you motivation and hope to keep going despite the extreme things you have gone through?”

The bravery and hope of this young survivor is beyond her years. She is currently safe in an aftercare transition home, where she and the other survivors from the rescue operation have access to full aftercare services that O.U.R. is supporting. Their traffickers are in jail, and these girls are now SAFE.

Aftercare is one of the most important steps in our process. Learn more about O.U.R. Aftercare on our website.