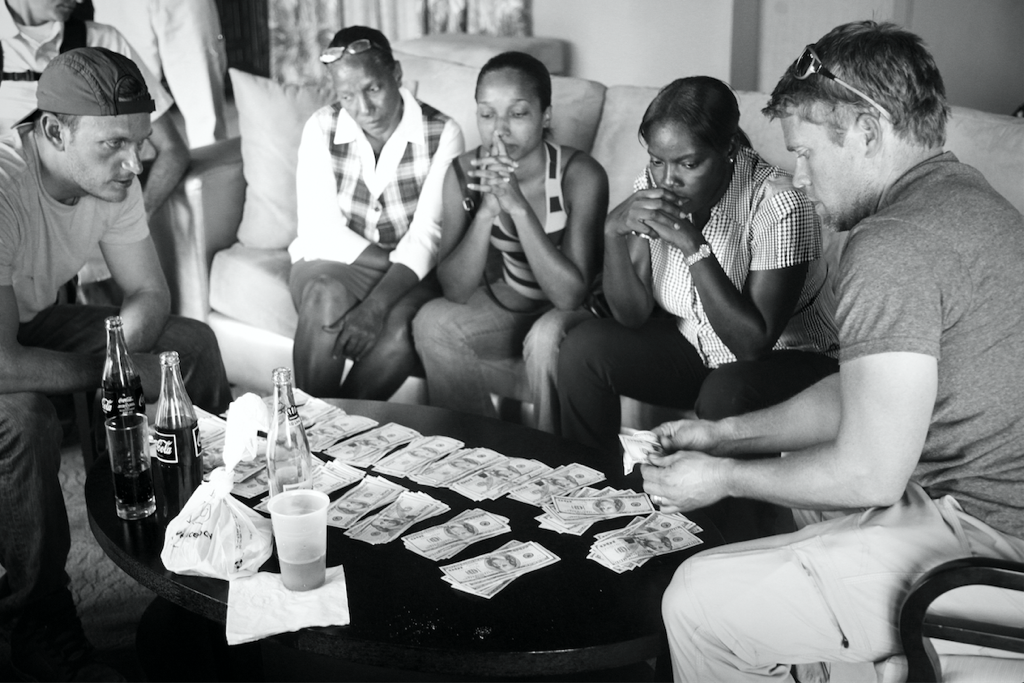 It was the day of Operation Voodoo Doll. As we walked into Yvrose’s illicit orphanage, I scanned every face for Gardy and couldn’t identify him. There were 28 kids in this orphanage.

While my other operators were negotiating with the bad guys about the deal, I went to go explore the other buildings to see if there were more kids. I picked up a little boy and got him to point inside the place as a cover for exploring each room. Behind me, I heard the footsteps of another child.

I turned around and saw a little girl. She stood terrified. I gave her a candy bar to distract her from drawing attention to us as I continued to investigate. This frightened little girl, without taking her eyes off of the little boy, broke the candy bar in half (like muscle memory) and handed it to him. I watched, wondering…What is going on?

And then it hit me.

What am I doing? They are brother and sister! How many Americans come into this monstrous place and pluck up a kid that then disappears and never resurfaces? And now I’m doing that to probably the only person in this world she loves and who loves her back.

I made a snap decision that we were not going to separate these kids even for the short duration of the sting operation, so we told Yvrose that we were going to buy both kids. We got into the van and drove over to the hotel to complete the deal. Little did she know it was also going to be the place of her arrest.

We put the kids out with someone out on the balcony to eat a snack while we exchanged money.

As we completed the deal, these traffickers laid out the whole plan for us, explaining how to evade the police, assuring us it had worked in the past. Everything went smoothly – they took the money, the Haitian police came in and arrested the traffickers (my team was also arrested to keep our cover), and the operation was complete.

I couldn’t stop thinking about Gardy – we weren’t able to identify him before we left. I called constantly to see if they had found him. About an hour later, I was told they had gone through every kid and Gardy wasn’t there. Yvrose must have already sold him.