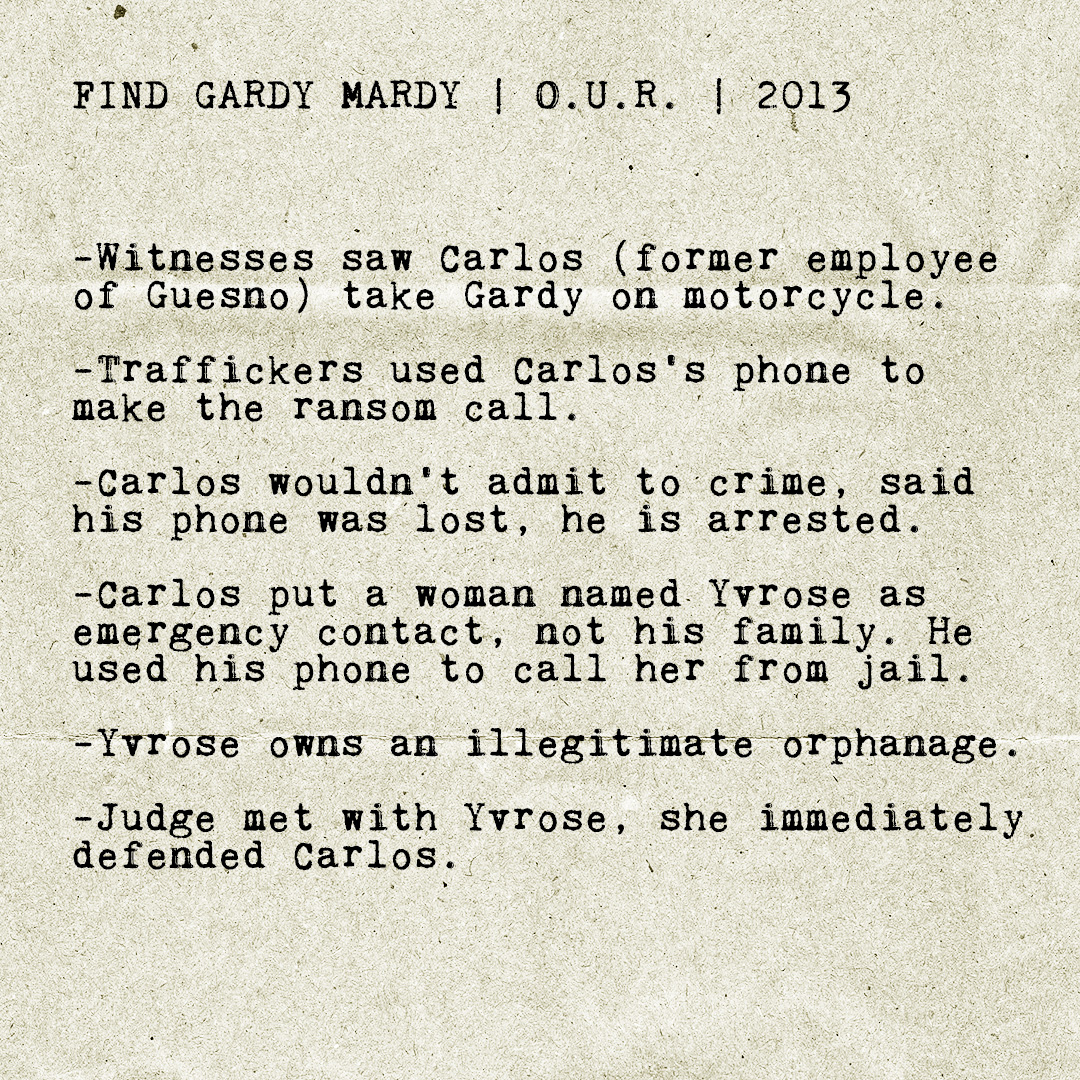 Tim Ballard had assembled O.U.R.’s first Jump Team, and they were ready to hit the ground running in Haiti to find Gardy. When they arrived, they first met with the Haitian police to start planning the operation.

Witnesses said they saw Carlos, Guesno’s former employee, kidnap Gardy on the back of his motorcycle after church. A few hours after the kidnapping, Guesno received a ransom call from Carlos’s phone number, leading to Carlos’s arrest. He lied and said he was not a part of it; his phone was lost.

Another player came into the picture when they started looking at Carlos’s jail paperwork. His emergency contact was not his wife or family, but a woman named Yvrose, who he had no immediate ties to. He had also made a phone call to Yvrose from jail. The judge found this suspicious, but had no evidence against Yvrose, so he arranged a meeting with her. During the meeting, she immediately jumped to the defense of Carlos and said that he should be released from jail. Upon another invitation to meet, she declined. The judge still had no evidence against her, but was left very suspicious.

Yvrose was a part of Guesno’s church congregation. They were friends, but not very close. After Gardy’s kidnapping, she suddenly started showing up everywhere asking questions: How are you going to raise money for the ransom? What is going on in the investigation? Once the police started asking her questions, she disappeared and stopped coming to church.

Yvrose was connected to the case, but nothing proved that she may have Gardy. She did, however, run an orphanage without a legitimate license.

There were two questions that needed to be answered: Was this woman capable of selling children out the back door for profit? And, was Gardy behind her doors?