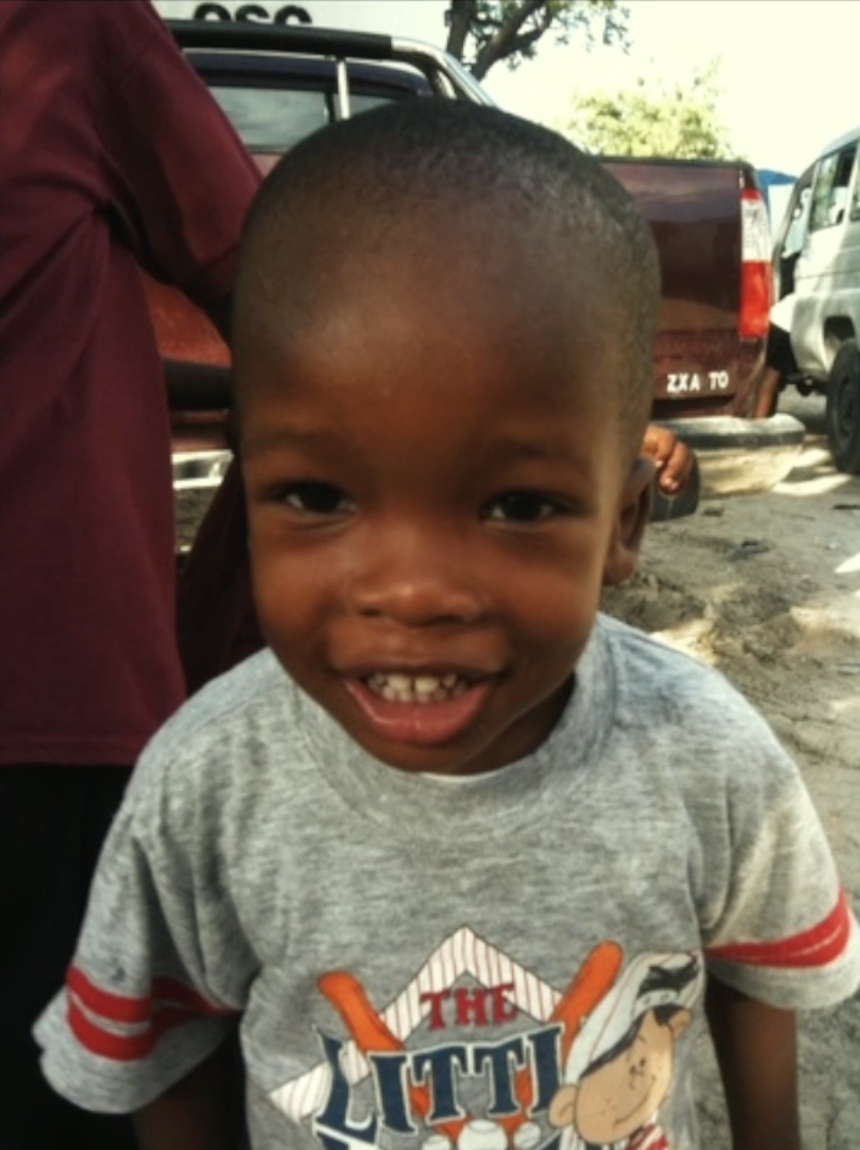 We had goals. We were planning on moving all the kids under our care to a new facility, a new building. We were hoping for a bright future in Haiti. I would be taking them to school, helping them with their studies. We were going to live our lives to the fullest.

Then, on December 6th, [2009], I took my family to church as usual. What really stayed in my mind that I will never forget…for the very first time at church, Gardy would not let me go. He would not go to his mom. He would not go to anybody else. I spent the whole church meeting with him on my shoulder. Every time I tried to let him go he stayed close to me. I had to teach a lesson in a class and he stayed on my shoulder the whole time.

After church, I put him on the ground so he could walk to his mom. 10 minutes later my wife came to ask me for him. I said, “I just sent him to you!” This was the turning point. The biggest shock of my life. We started searching the area, going to the police department.

One of the people behind the kidnapping knew him. That’s why it was so easy, SO easy, for him to take him away. It’s a person that we know, and the boy was used to him so he wouldn’t call out when he put him on the back of the motorcycle.

I gathered $4,000 American dollars. The criminals asked us to place it somewhere. They told me to go to a station and they would leave the boy there. They never did.

There were a few suspects, one was Carlos. Carlos used to work for me, Gardy knew him well. He was the one that took Gardy. I treated everyone well, but you never know what is happening in the minds of criminals. It was his number that someone called from for the ransom. The police picked Carlos up and he said he knew nothing about it and that his phone was lost, which was a lie. So they put him in jail. He didn’t confess and said he knew nothing about it. He eventually mentioned the name of one guy as an accomplice and he was arrested. They still have not spoken.

Our other kids would not even go in the yard of our house, fearing they would be kidnapped as well. We felt a part of us missing. I wouldn’t sleep at night at home. As a family we loved one another and supported one another. We have tough moments. We stay close to each other and talk frequently. But when we talk about their brother Gardy, it’s just tears.