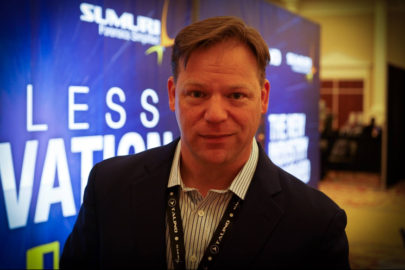 Steve Whalen was working as a Delaware State Trooper when he was asked by the Probation and Parole Department to accompany them on home visits for sex offenders. These home visits were conducted to ensure that there were no violations of parole or probation.

Due to the online aspect of many sex offenses, the parole and probation officers were concerned that their clients were using computers to access children or pornography. However, the technology was not yet developed to make it easy for the front-line law enforcement to perform in-home forensics on computers.

The end-goal was to prevent or end the offender from victimizing more children or seeking out child pornography or additional victims on the internet. Whalen was asked to come along on these visits to perform forensics on these computers and check to see if there were any violations.

Whalen found that many of the offenders were violating their probation by means of their computers and the internet.

The vast number of online violations sparked Whalen to think –  If this much is happening just in the state of Delaware, how many more people need this?

The First Internet Crimes Against Children Unit in Delaware

Whalen became a Delaware State Trooper in 1992. Technology started developing in innovative ways. It gave criminals a stronger platform, but it also provided law enforcement with easier ways to find them. Whalen and his team started getting cases involving online harassment, but law enforcement lacked a specific unit to combat these developing electronic crimes.

In the first couple of years of his career, Whalen was selected to be part of a trooper exchange program with the New York State police which allowed him to visit New York’s high-tech crime unit. This New York cyber-crimes division was ground-breaking in the early 90’s, as technology crimes were just emerging.

Whalen reported back to his Delaware team that they could really benefit from a unit like the one he had toured in New York. Becoming increasingly interested in digital forensics, Whalen began educating himself and seeking out extra training. He was soon assigned to computer crimes and in 2001, the first high-tech crime unit with the Delaware State Police was established. Over 50% of Whalen’s cases while in this unit dealt with the sexual exploitation of children. His passion for fighting this crime has never left him.

“Once you do it [fight child sexual exploitation], any person who has done that for an extended period of time can tell you, you never forget it. It’s never going to leave,” Steve Whalen said. “I wanted to do something to continue helping, where I saw there was a need.”

Steve Whalen with “the MAC that started it all.” Early in his career, he focused on learning MAC forensics and training others on it to help fight online crimes.

Founding Sumuri: “To investigate,” in Tagalog

In 2007, Whalen retired from the Delaware State Police. Still interested in computer crimes, he traveled around to many conferences to train others on digital forensics. During one of these conferences, Whalen met his wife, Ailyn, with whom he now runs the company Sumuri.

Macintosh computers were not as popular in the mid-2000s as they are today, so Whalen chose to focus his trainings on MAC forensics. The first company he started, Forward Discovery, worked to develop “Raptor”, which could image MAC computers for no cost.

This became the foundation for starting Sumuri.

When Forward Discovery dissolved, Whalen went on to enhance and add features to Raptor. This amended software is known today as Paladin. It is the #1 used forensics tool in the world. It is packed with a full forensics lab that is valued at $50,000. The catch is…it’s free to law enforcement.

Together, Whalen and his wife brought together their backgrounds to create a family atmosphere and spirit of generosity at Sumuri. Whalen brought the core values he learned from being a Delaware State Trooper and his wife brought a lot of values and culture from her Filipino background. As Whalen describes the Filipino culture, “The first time they meet you, you are a friend. The second time you are family.” These values are heavily reflected in the generosity of Sumuri.

There are many forensics companies that charge a lot of money for forensics software. However, police agencies and other organizations that fight crime often do not have the budget to buy expensive software. This is where Whalen comes in. Sumuri wants to give back as much as possible by providing free or low-cost software without cutting corners.

“How can I go to sleep at night knowing that you need a piece of our software that can help you catch bad guys and protect citizens or kids, and I say I’m not going to give it to you because… you can’t pay me?” Steve Whalen said. Sumuri has generously given away software that they usually charge for to agencies in need.

The way forensics is done is by making a copy of the computer’s hard drive and working from that copy, while you put the original away.

When forensics software was first developing, it was a lengthy process just to have access to the computer’s hard drive. “You had to disassemble the computer, pull out the hard drive, connect it to a write blocker, connect that to another machine, and image it to another destination drive,” Whalen said. “With Raptor/Paladin, you just have to boot the machine and connect a destination drive and that’s it.”

There are not enough resources to solve the entire problem of child exploitation. Whalen saw this need and he wanted to help. He wanted to make a digital forensics lab that was simple for anyone to use. “My goal was to take a very powerful operating system but put features on it that would help [the police] do the investigations and never have to touch the command line,” he said.

Meeting the O.U.R. Team & The Impact

At a recent regional I.C.A.C. conference, Whalen and the O.U.R. team had the opportunity to meet. Whalen saw the O.U.R. booth at the conference and went over to talk. That initial conversation sparked a great relationship between O.U.R. and Sumuri. Whalen and his software continue to magnify our ability to support and empower our law enforcement partners around the world in the fight against child trafficking.

Sumuri’s generosity is unheard of and we are inspired by their passion to fight human trafficking and other crimes against children. Their team provides the tools necessary to infiltrate the dark world of trafficking.

“There is no excuse for anyone to say, “I can’t do my job because I don’t have any software,” Steve Whalen said. “We took care of that part.”

The impact of Sumuri and their team’s generosity reaches far and wide. They even give out their personal cell phone numbers to ensure they are always accessible. Whalen says that he doesn’t want people to be out in the field with questions about the software – especially if they have just one chance to gather vital information while executing a search warrant.

We are incredibly grateful for Steve Whalen and his team for working so hard to provide important tools and resources. Whalen said, “If we can help one kid from being victimized, we did something, but I know we’ve done way more than that.”

And they have. Their generosity continues to bless the lives of those fighting child exploitation all over the world.

Homeland Security Investigations was able to catch a man with help from training that the O.U.R. team provided. We are grateful for the opportunity our team has to support law enforcement in the U.S. and around the world to protect kids from trafficking. Read the full story here.