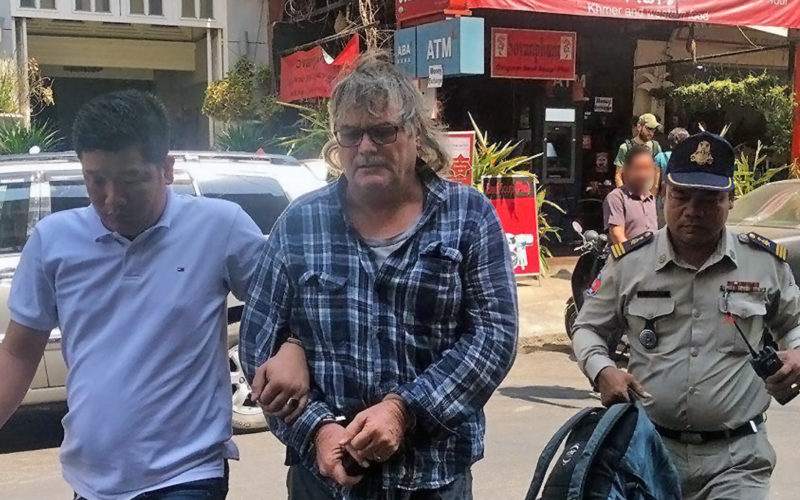 O.U.R. is proud to support the amazing work being done overseas to stop American predators.

Pope’s arrest took place after the mother of an 8-year-old girl reported to police that Pope had taken her daughter from Phnom Penh to go with him to Sihanoukville province the previous day without her consent and had not returned. When he returned the child, she revealed to her mother that Pope had sexually abused her.

The 8-year-old child was interviewed and disclosed information of four other victims including minors aged 11, 12 and 17 along with an 18-year-old woman who was sexually abused by Pope over several years.

These victims were identified and located and are now receiving aftercare at AIM’s Restoration Home. All victims will be represented by our legal team in the forthcoming proceedings.

Though he’s denied any guilt, Pope has been charged with multiple counts of rape of a minor and soliciting child exploitation and will await his trial from prison. He is suspected of visiting Cambodia to engage in child exploitation since 2007. Our team will continue to assist the police in identifying other possible victims of Pope and recovering any additional evidence.

AIM has assisted in the rescue of over 1,200 victims of exploitation as well as the arrest and prosecution of over 300 traffickers and pedophiles, including Americans Michael Pepe and Danny Davila.

Thanks to the efforts of the AHTJPP, many improvements have been made to combat trafficking in Cambodia. However, cases like Danny Lee Pope’s remind us of the urgent work that is still to be done to stop the exploitation of children. Our rescue statistics show that minors account for roughly 40% of all sex trafficking victims AIM assists in rescuing.