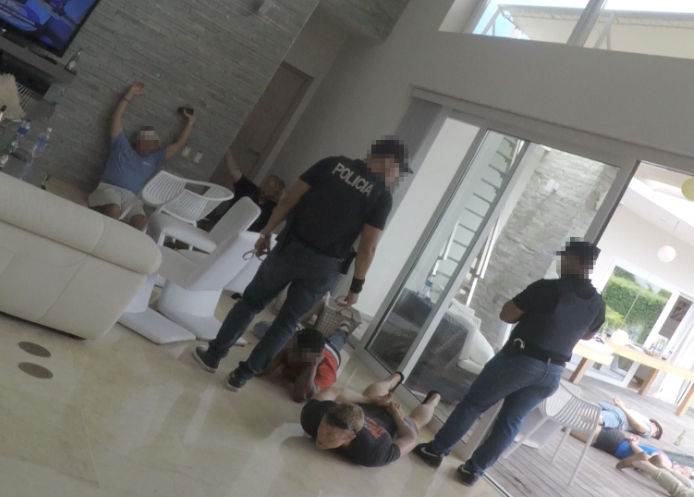 The last two months have been a whirlwind of activity for Operation Underground Railroad. Four successful missions were conducted in four different countries, rescuing 43 victims.

This was the first rescue for O.U.R. in two of the four countries, which cannot be named at this time due to many sensitive issues at play. “We are kind of testing each other,” says O.U.R. CEO Tim Ballard about relationships with the new local authorities and government leaders. “We’re feeling each other out to see if this kind of thing is going to work.”

So far, everything is going well. “The missions in these new countries were very successful. This was a huge success in that it opened the doors to future rescues and now we’re really excited,” says Ballard. “We are going to start doing rescues in other cities [in these particular countries].”

The third country where a rescue took place was the Dominican Republic. This was the second time that O.U.R. has rescued victims from the D.R. “We decided we wanted to come back and do a rescue on the other part of the Island,” says Ballard. “The northern part of the country is more touristy with many big resorts where a lot of Americans travel. It has become an absolute hub for sex trafficking. If you walk on the streets at night you’ll see many Westerners, sex tourists, who are clearly there for one purpose.”

The D.R. operation yielded the arrests of seven traffickers and freed 29 victims, at lest half of which were minors. “There were more minors than usual,” says Ballard. “They were scared. I mean, we always have those really scared, really young ones, but not as many as we had this time.”

The seven traffickers arrested in the Dominican Republic are now awaiting trial, and could receive sentences of 15 years or greater if convicted.

In O.U.R.’s first operation in Thailand, a 13-year-old girl was rescued in a sting operation conducted in conjunction with confidential informants. The girl, along with one other victim, was returned to her country by one of O.U.R.’s NGO partners that specializes in rehabilitation. O.U.R. worked well with Thai authorities and is hoping that this will be the first of many rescues in this area.

In one of the countries new to O.U.R. operations, two girls where rescued and three traffickers arrested, one of which was a relative to one of the victims. “We saved two trafficking victims and one was a precious 13-year-old who was being prostituted by her own aunt. The aunt was arrested and it turns out that she has a lot of ties to criminal drug trafficking groups in the area. She even had 350 grams of heroin on her when she was arrested.”

Government authorities tell us the three traffickers will be tried for child trafficking and organized crime. As one Jump Team leader put it, “they could be put away for a very long time.”