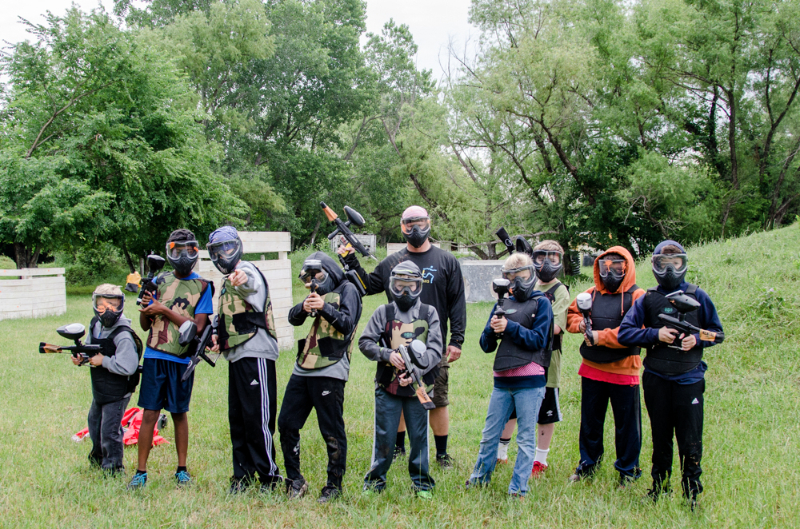 Twelve-year-old Rocco Cooper, from Dallas, in an ultimate show of selflessness, gave up what most boys his age think about more than anything else: birthday presents.

Cooper decided that for his twelfth birthday party on May 14th, 2016, instead of asking for presents, he would ask his friends to come with a receipt for their donation to Operation Underground Railroad. He was ecstatic at the positive response in both amount given, and possibly more important, how everyone got involved.

“I already have so much in my life and a lot of kids don’t have what I have,” Cooper said. “I knew that something simple, like giving up birthday presents, is a small sacrifice, but can hopefully make an impact.”

At twelve, Rocco has been interested in soccer, football, golf, piano and violin, as well as involved in his local boy scout unit, where he has many opportunities to be an example to those around him.

The Cooper family found out about Operation Underground Railroad’s mission through listening to the Glenn Beck radio show when O.U.R.’s founder and CEO, Tim Ballard, told of the horrors of modern day slavery.

“He’s my oldest son, and it is a sensitive topic,” Rocco’s mother Clairissa Cooper explained. “So it’s hard to know what you want to share with your kids. I felt my son was mature enough that he could understand what was going on.” She felt the mission held enough importance that her child could also make a difference. “It’s one of those organizations that is worth getting involved with,” Cooper said.

Clairissa did see the $165 donation from the boys as significant, but likely surpassing the monetary value, her son spread awareness of O.U.R.’s important mission.

“The reaction was really positive. A lot of the parents were really surprised, but excited to learn about the organization,” Clairissa said. “I would even suspect they donated more than they would have spent on an actual gift.”

Rocco first got involved after his mother received the Abraham Lincoln “Abolitionist” T-shirt as a result of signing up for the $5-a-month Abolitionist program. “I ordered the wrong size and then had the opportunity to explain to Rocco what the organization was about because it fit my son perfectly,” Clairissa said.

Rocco then wore the shirt to school when his sixth grade class had a discussion about slavery. He introduced the organization and how slavery exists today and in what form. From then on he knew he really wanted to help these kids.

The Coopers live in an affluent part of Texas. Clairissa readily realizes that her children, Rocco, 12, and his two younger siblings ages ten and six, are surrounded by peers who have an abundance.

“It is a priority for me to help my children recognize the blessings in their lives and also how to use those blessings to help and serve others. I want them to see beyond comic book heroes and see what true life American heroes are doing in the name of O.U.R. rescue,” Clairissa explained. “This birthday experience expanded not only my son’s perspective on life, but that of his friends and their families as well. Sharing the stories of O.U.R. rescue with our children will spread hope and awareness, and raise a generation of men and women who can make this world a better place.”

Her son Rocco agrees, and feels like many more can get involved, even children just like him. “You can give up a Christmas present, do side jobs, or just give from your allowance,” he suggested as ways to help donate to O.U.R.

His purpose and selflessness is catching on already. “One kid came up and said what I could earn from presents to others, so he did it too,” Rocco said.

Rocco feels this birthday is not one he’s likely to forget. “It was a very positive experience, here we are still talking about it, even though it was a month ago. It left a lasting impression on me,” he said.

“It really wasn’t a sacrifice either. I was just happy to do it,” Rocco further confirmed.