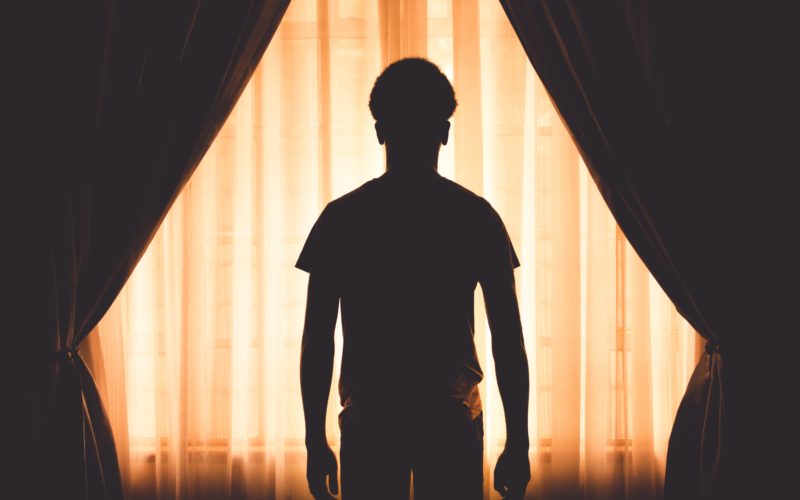 Child predators have learned to harness the full power of the internet – they are no longer limited to one geographical location or audience. Even if they abuse a child in one dark corner of one apartment, the exploitation can be broadcast to thousands of online devices across the world.

These predators can stamp one child’s exploitation into seeming permanence with the click of a send, save, or stream button.

The problem is, it’s not just one child.

Redefining “child pornography” (as described by Thorn)
“While “child pornography” remains the legal term for this material, the subject matter is one of the most violent, horrific forms of child abuse possible. For this reason, those working to combat this type of abuse have begun using the term “child sexual abuse material” (CSAM), which more accurately conveys the content and is explicitly tied to the source of the problem.” – thorn.org

All a predator needs to begin the process of grooming online is access to a child victim. Since so many kids and teens in the U.S. and abroad have access to the internet, there are thousands of vulnerable options for predators to try. As soon as kids are picking up devices, they need to be armed with tools and knowledge (appropriate for their age) about avoiding dangerous situations online.

Most of the time, a predator’s main goal in engaging with a child online is to exploit them in person or obtain inappropriate pictures or video of them.

“Eventually predators will bring up sexual content, because a predator’s main goal is to get a child out of a home for sex,”

Often the grooming process crosses borders. Amy (name changed) lives in Central America and was first groomed on Facebook by an American pedophile posing as a 13-year-old boy. He put a few fake pictures up to convince Amy that he was her age and that it was okay to talk with him. This man manipulated Amy’s emotions to fall in love with this “13-year-old boy.” Eventually, he convinced her to send sexually explicit pictures of herself. Once she did, he revealed his true age and motivation. He threatened her by saying that if she did not send him more pictures, he would send the original pictures to everyone she knew.

This is a case of sextortion, where someone online uses blackmail and coercion for sexual purposes.

Being only 12 years old, neglected by her parents, and abused by her extended family, Amy turned to Facebook for love and attention, only to be exploited further.

Fortunately, Amy was rescued out of her situation and now lives in an aftercare home that O.U.R. supports. Amy has begun her path to healing, and we are so grateful that she was rescued out of her situation. However, there are many children like Amy that feel ashamed, trapped, and afraid. The more we talk about how predators find and groom children, the more children we can rescue, protect, and prevent from ever being abused (see resources below.)

In addition to being groomed online, thousands of children are sold online. Predators take advantage of several online services (apps, websites, social media) to spread child exploitation material far and wide while also trying to stay under the radar. They also use sites similar to the recently shut down Backpage to sell sexual services from children to anyone who will buy.

According to the U.S. Department of State, live streaming the sexual abuse of children is a rising way that abusers make a profit.

Often family members or neighbors find this to be a cheap way to make quick money, as dollars flood in through wire transfers. One man in Southeast Asia was found to be selling child exploitation material to over 14,000 subscribers on a closed Line group (a messaging app). He exploited his own children to create this explicit content.

Amy’s online abuser multiplied the effects of her exploitation by selling her pictures on the dark web, satisfying not only his own ill-suited desires, but also the people who bought access to her photos. Once these photos are distributed, it is very difficult to track them down and remove them from existence. This can often haunt survivors as they work on healing from their past. We are grateful for law enforcement and other agencies that work on removing these photos and videos.

The Internet Watch Foundation (IWF) reports Europe to be the top host of child exploitation imagery, with North America in second place.

The IWF assesses web pages every two minutes, and every five minutes they find a webpage showing a child being sexually abused.

The United States remains one of the top consumers of this material.

The unfortunate truth driving all of this is that there is a high demand for this content that brings in millions of dollars for abusers all over the world. Join us in taking a stand against this issue. Talk to your children, report suspicious activity, educate yourself, and help us spread awareness. Together, we can #ENDHUMANTRAFFICKING.

How You Can Report

Our partners are working hard to fight trafficking all over the country and world. O.U.R. acts as a force multiplier, providing support, training, and resources.