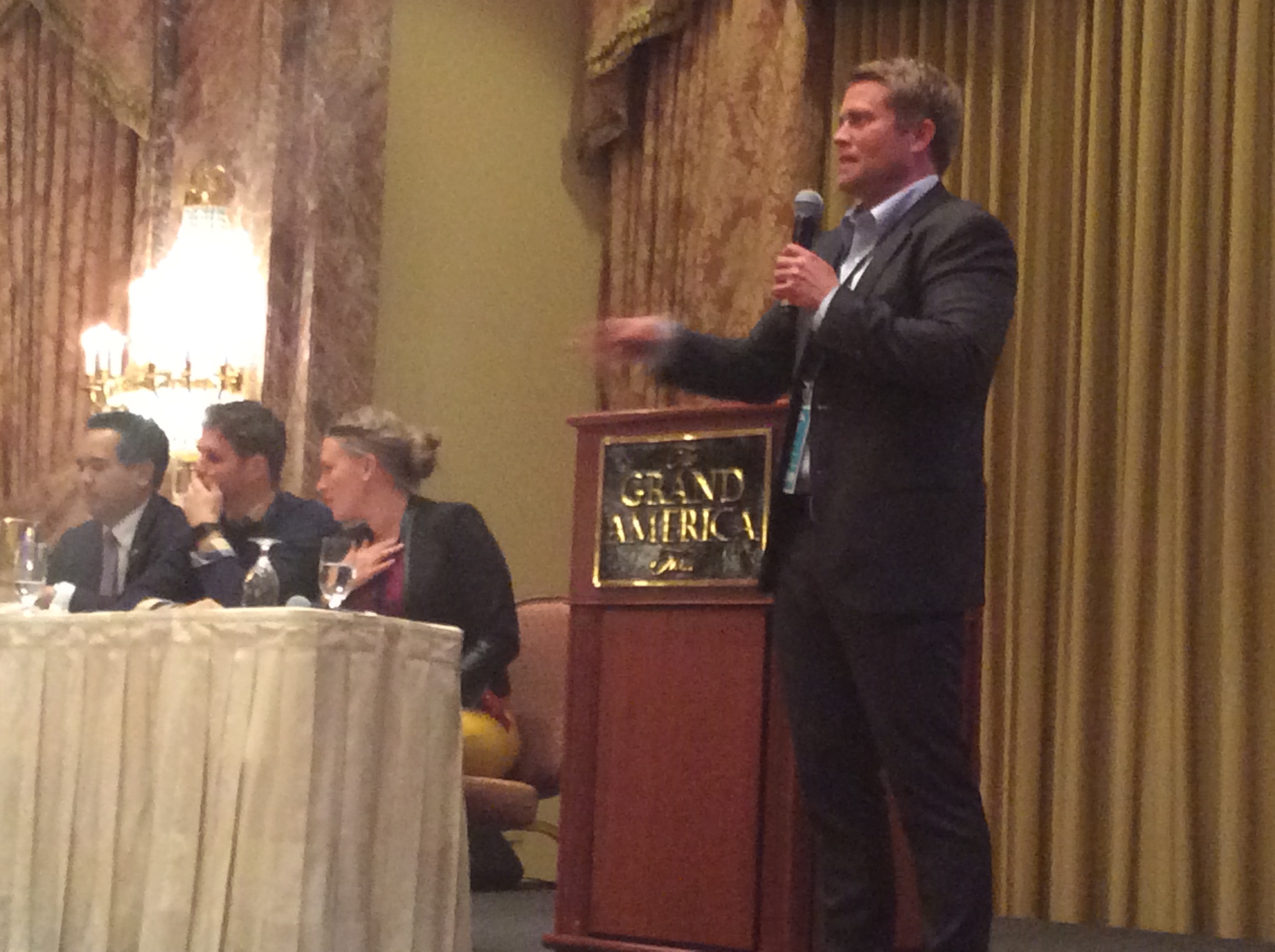 In the two short years that Operation Underground Railroad has been operating, hundreds of victims of sex trafficking have been rescued all around the world and O.U.R. is growing faster than even its Founder and CEO, Tim Ballard anticipated.

That can be a challenge, but one that O.U.R. welcomes. With growth, more victims of sex trafficking are being rescued from the dark hole they find themselves in and are being helped to start a new life. Perpetrators are being taken off the streets resulting in a residual effect that is difficult to measure. Relationships with governments and NGOs are being established, building bridges and expanding influence and effectiveness worldwide. New tools are being developed to dig deeper and train others to help in the cause. And O.U.R. has invited hundreds of volunteers to join in the process. In other words, O.U.R. is moving mountains.

Operation Underground Railroad’s first and main objective is to rescue children who are enslaved by sex traffickers and to heal them. It is estimated that there are at least two million children worldwide in this situation. They are not only in third world countries, although O.U.R. has focused much of its work in these areas.

Operation Underground Railroad’s first rescue occurred December 2013 in Haiti. Listed as one of the poorest countries in the world, O.U.R. discovered an illegal orphanage selling children for between US$5,000-$15,000 and rescued 28 children which are now safe in a legal orphanage. Additional rescues have occurred in Colombia, Mexico, Peru, The Dominican Republic, Thailand, India, Nicaragua, Uganda, and the United States.

“In our first year we were mostly invited by foreign governments who knew they needed help immediately,” says Ballard. But that is beginning to change as local U.S. governments see what O.U.R. is accomplishing. “In the U.S. we have more experienced law enforcement agencies and so they’re less likely to look for help on the outside, until they saw what we were doing overseas,” noted Ballard. “Not all of them, but many of them came to us and said, ‘You know, we’re not even doing that here,’ and that was so great to hear because I knew that, but I knew in my first year I was going to have a hard time because it’s not a partnership, that law enforcement, especially in the United States, are used to doing, this private/public partnership.”

However, helping victims out of their situation is only part of the job. We don’t considered victims truly rescued until they have been healed and O.U.R. has made huge strides in working with organizations that help these victims return to their families or learn a skill so that they can find employment.

How Many Victims has O.U.R. Rescued?

How many have been rescued? This is a question we hear a lot at O.U.R. but the answer is actually more complicated than it appears. Ballard explains, “This is a debate we have with Jerry (Gowen), our COO, about naming the number, the exact number of kids we’ve pulled out and I don’t like doing it because it’s not accurate. For example, we’ve rescued girls who have later become informants for the police who then go out and rescue 20 more. We might not have been there but that was the result.”

Additional examples include joint rescues with government officials that create a media buzz. “After the four operations we did in Colombia we found that when we went back into those cities and tried to look for it again it had shut down completely. No one would even talk about selling kids. And they’d reference all the media about the rescues we had done and of course, they didn’t know who they were talking to. We were the ones who had created that media storm. So there’s the deterrent effect,” says Ballard. “There are kids who aren’t being trafficked right now, who never knew they might have been or who are going to be, because of the deterrent effect.”

An additional deterrent includes the number of law enforcement personnel that have been trained by O.U.R. to replicate what O.U.R. has shown them.

So, what’s the answer in cold hard numbers? “I will tell you there are 404 victims that we’ve actually seen and been able to put in a safe place. But that is not representative of what we’ve done,” says Ballard.

How Many Sex Traffickers have been Arrested?

How many have been arrested? That’s the number that’s most important according to Ballard. “One number I would focus on are the people we put in jail,” says Ballard. “Because one person, one trafficker, one pedophile in jail, how many kids does that save over a lifetime? Dozens likely. These guys will abuse children by the dozens and so the fact that he’s behind bars, so again, how many kids will not be abused or will not be trafficked and they never knew they were going to be. That’s our goal. That’s our number. Who knows what it is, but it’s enormous.”

To date the arrest number stands at 122, but continues to grow with each rescue and follow-up. Jail sentences vary depending on the country but most are put away for between 7-25 years.

Operation Underground Railroad has made huge advances in developing partnerships with local and foreign governments as well as NGOs (Non-Government Organizations). These groups have been invaluable in helping to rescue and rehabilitate victims of sex trafficking, as well as making sure the perpetrators are prosecuted and punished. American Ambassadors in various countries have helped to coordinate unity with law enforcement, while the United Nations has provided a platform to bring awareness to the issue.

We’ve also partnered with recovery groups that help these victims get back on their feet. We have social workers that help them deal with the trauma they’ve been through and talented teachers who teach them employable skills so that they can support themselves.

Operation Underground Railroad is continually developing technology that will help law enforcement identify and locate the bad guys. “The Director of our cyber division is doing amazing things,” acknowledged Ballard. “Unfortunately, we can’t talk about all these things, but I’ve always said, that is our future. The future of O.U.R. is in these digital tools that we’re developing and distributing to law enforcement to allow them to find pedophiles who are traveling, find pedophiles who are visiting to places where there are children. Tools that will just be absolutely invaluable to law enforcement around the world and the United States to root out the most evil amongst us that hurt our children. So, that progress has been a huge highlight for us in 2015. The problem is it’s so sensitive that we’ll never be able to get into the details of it.”

Perhaps the biggest contribution to helping find these precious children and victims of sex trafficking is the volunteers who have come to O.U.R. from all walks of life. It is truly inspiring to see the dedication and commitment they have. They organize 5K runs, donate their cars, hold fundraisers, garage sales, become abolitionists, etc. to help the cause; and because O.U.R. is one hundred percent supported by donations, they are an integral part of everything we do. And we couldn’t do it without them.

Two years ago Operation Underground Railroad started with one man who believed he could make a difference. He saw the evil in this world and tries every day to eradicate it. To date over 404 victims of sex slavery have been rescued and at least 122 perpetrators arrested because he had the courage to stand up and fight.

O.U.R.’s future is bright. We are well positioned to grow not only in the number of rescues and arrests, but in helping others to join the fight with training, technology, fundraising, legislation, and preventative and aftercare for victims. We are making a difference and we invite you to join us. Visit our web site at ourrescue.org on ways you can help. 2016 is going to be a great year!