O.U.R Stories
Operations
AN INSIDE LOOK BEHIND THE LATEST RESCUE IN SOUTH AMERICA
4 MIN
Operations 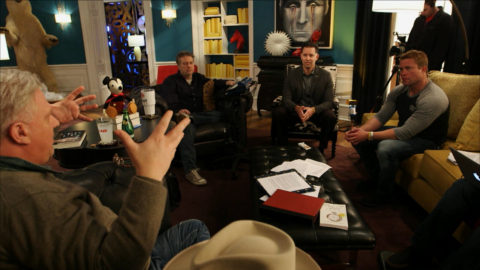 It was definitely a more unique situation than Matt’s team normally expects.

Thanks to the great relationship O.U.R. has with the federal government, the ops team was given the green light to send operators to find intel in the outskirts of the country. Three men went undercover on a fishing cruise about two months beforehand, where by word of mouth they learned of a high school physical education teacher who was grooming and pimping out his students at his weekend barbecues.

On the day of the operation, Tim asked that a Prayer Request be sent out to our social media platforms, in hopes that Matt and his team may have success.

Thankfully, they pulled through with rescuing 9 victims and arresting 3 traffickers.

Aftercare was immediately on the ground with what would be the equivalent to the country’s Child Protection Services. Depending on local jurisdiction, our Aftercare team usually has just a short time with survivors. In this case, they were able to stay days after to assist local officials and give the parents anti-trafficking training.

Here’s an exclusive inside look at the conversation leading up to the successful rescue:

My cell phone rang. It was Tim.

“We need to pray for Osborne and his team– Right now.”

“He and his team are going undercover shortly; there are a few moving parts that are complicating things. Everything should be fine, but he’s asked for us to pray, that’s all.”

“Hey, why don’t you make a meme and post it on our social channels? Let’s send this out to our Abolitionists and for anyone who wants to join in with us.”

People pray for us all the time, but we have never publicly requested prayers.  Operation Underground Railroad is a non-denominational organization, but it is no secret that several members of our team are spiritual in their own ways.

If you saw the documentary made about O.U.R. called “The Abolitionists”, you would have seen Tim praying before operations and Batman talking about his personal relationship with God. Regardless of your own beliefs or how you do it, we always welcome prayers, positive thoughts or energy.

In the near future we hope to create an opt-in list through our website for anyone who would like to pray for our team. When Operators and Aftercare specialists are facing unique challenges, we will pass on their requests with a short explanation of what specifically to prayer for.

On the morning of April 19th, we asked our Abolitionists on Facebook and Instagram to pray for the children who were hours from potentially being rescued by Osborne and his team.

5,000 miles away, Osborne reported back 2 hours after our prayer request went out that the Op was a success.

As the operation was coming to an end, Osborne called me back.

“I am just finishing the last bits of detail for my Operational Report.”  – A report that would be filed and used during the upcoming hearing against the traffickers.

“I heard the rescue went down successfully! And everyone is heading home safely?”

Relief reverberated through the phone with Osborne’s reply, “Yes, we were definitely blessed.”

“That’s why I called you. We sent a prayer request on Facebook and Instagram to pray for your Op. We had a huge response. There were over 2,000 people praying while you guys were rescuing. I want to report back, on one or two miracles you witnessed. Got anything?”

“Yes, a few things. But one in particular: The prosecutor of the small town where we were operating who was directing this child trafficking case was initially hesitant to allow our Aftercare team to access the rescue site and have any contact with the girls. Through a series of small decisions and events, we found out that the Aftercare specialist we brought down with us to assist Jessica knew the prosecutor!”

“Several years ago the two of them had participated in an exchange program under the auspices of the U.S. Department of State intended to foster cooperation on anti-trafficking efforts in Latin America. Small world, eh?”

“There are no coincidences,” I said, thinking back on all the tender mercies and miracles I’ve heard and seen from the field.

Osborne continued, “Once the prosecutor saw that her old friend and colleague was now with O.U.R., she opened the doors wide and allowed Jessica full access to the survivors in the immediate hours after the rescue.”

Every country is different in what they permit and prohibit. Our standard is simple: there is no rescue without aftercare. Planning within the perimeters that we are given from foreign governments can be challenging. At times it can be heart wrenching. Ideally, we seek to attend to the survivors moments after law enforcement have completed their heroic trafficker take-downs. Immediate post-rescue access allows us to do so much more to aid and protect the survivors, easing their transitions back to their families or into pre-approved aftercare shelters.

“A true miracle…no way this was just a coincidence. Prayers work.” – Osborne

We thank you for your prayers and support.

(Images and video courtesy of theblaze.com)