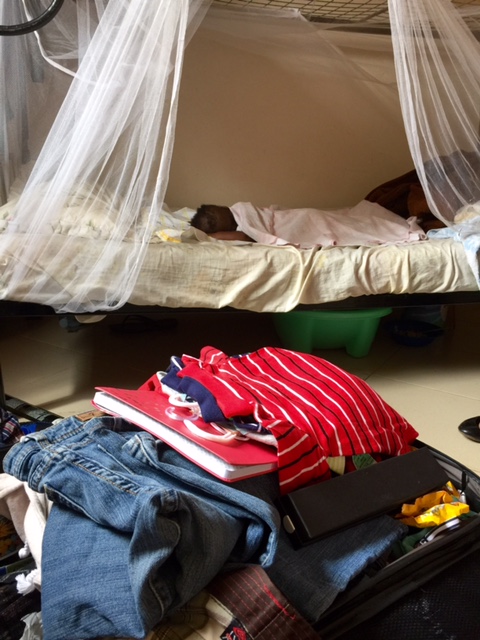 The following story was written by one of the Operation Underground Railroad team members who oversees aftercare for the children it rescues. This is an update on a young girl O.U.R. rescued in Africa a little less than a year ago. She was just fourteen when she was raped, then kidnapped and eventually made a child bride. She was pregnant when O.U.R. rescued her and had the perpetrator arrested. He is currently serving time in jail for the crime.

Anna
There is no “one-size-fits-all” after a child is rescued from sexual slavery. However, when a survivor is provided resources, counseling and people who truly invest in one’s life you often see the birth of hope. This is the story of Anna, a young teenager who has been through the worst horrors that this life can produce, and yet, she has hope beyond understanding.

I last visited with Anna in December 2015. I got to see the infancy of hope in her as she sang Amazing Grace and told me that she wanted to do something with music when she got older but wasn’t sure what.

I could not be happier to report my most recent observations and interactions with Anna. She is not just surviving but is thriving in many areas. While “thriving” is defined very differently based on the individual, one thing is consistent; hope.

This visit I did not even make it back into the home before I saw her with a bright smile coming out to the patio. She walked with a confidence and glow that only comes when one is experiencing restoration.

Through generous donated gifts, O.U.R. was able to give Anna clothes, books, nail polish, puzzles, jewelry, and clothes and toys for her baby boy. Her gratefulness about the new items would inspire anyone to sacrifice a meal to provide her with things she can call “her own.” The true gift she said was, “Thank you! I feel loved.”

She kept looking at the different nail polishes, so I asked her if she was good at painting nails. Without missing a beat and with a huge smile on her face, she said, “Yes, I am very good at painting nails.” So, of course, any woman who hears this offers her unpainted nails to be used as practice. Anna graciously offered to paint my nails, but it wasn’t just “painting nails.” There was a beautiful pride she had as if communicating her feeling and belief that she has so much to give back to the world.

For all those who stand with us, I hope you know the gifts you give out of love are received not just as “items” but are also received with the same spirit of love. While we are a world apart, we are yet united in love through the healing process of restored hope.

O.U.R. also had the privilege of spending quality time building a relationship with Anna, her baby, and one of the social workers at the center by taking them out to eat at the local mall. Anna stated that she had never been to the mall.

When we all arrived, Anna’s eyes were so big as she looked around at all the different stores. When asked where she wanted to eat, she confidently pointed toward the restaurant on the second floor. She is showing so much growth, finding strength to express her desire with confidence that her opinions matter.

Over lunch Anna shared that she was excited about going back to school in a few weeks. Anna also stated she had a better idea of what she wanted to do after she graduated from secondary (high school). She hopes to become a businesswoman, open a music studio and incorporate being a DJ within her business.

I observed that Anna has grown so much over the last couple of months through the care she is receiving at the aftercare center in Africa. She still has a long journey ahead of her and obstacles to overcome. However, what if no one had come to rescue her?

O.U.R. has been blessed to rescue so many children around the world from the horrors of sexual slavery; but if O.U.R. was created just for this one precious life, it has all been worth it. Anna has hope for her future and believes she will accomplish her dreams. She is truly an inspiration to all of us to invest in the lives of others.

To help “Anna” and others like her please go to OURrescue.org